added by The Chinese guy
Due to writers block I'm writing this before I originally intended to do so.


Saving save, is old as something very old.

Some back ground on this Chinese people and Asians in general like to save face when they do something nasty or they will do something else that makes them look better than they are, quite simply lots of people will bullshit. It is terrifically important that in doing business you don't make companies lose face or their owners. Else they will utterly hate you and make take revenue. 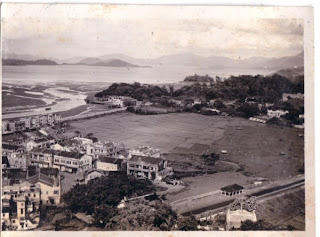 This respect and face is still apparent in western societies where people need to justify that they didn't do something. If anybody remembers the 1990s there were tons of hidden camera programmes that showed people in traps where things would fall off shelves and people would immediately deny it. This is apparent even though western societies became industrialised close to 200 years ago and less people worked the land, bonds between people dissipated.

The force is strong in this one, said Vader, the face saving force is equally as strong in China. A prime example is the self destruction of farmers crops (replanting) to impress government officials causing them to starve to death.

How this plays out in modern day life and doing business?

In that the invitee needs to save face in that if they leave the guests hungry then they lose face.

And while you are actually eating in a restaurant there is a culture of looking down on others, in restaurants people will be openly critical of the staff. Shout and blame that kind of thing, it is almost like bullying in that to make themselves appear better they will put down others.

More curiously you'll see when different families eat together you see this even in the UK, families will fight each other in attempting to pay the bill. I exploit this ruthlessly by putting up a weak fight then saying ok then. I sit back and enjoy the free lunches now and again. HUGE tips will be left again as a showing off type thing.

So whatever you do in Chinese business don't make people lose face, it will piss them off massively and they may never do business again with you. So in striking a deal you have to suck up to them even if they are arseholes.

I hate this form of business dealing, this is probably why my business dealings are done via email or phone as I don't like to stroke peoples' egos at all. But currently if you want to do business in China, Asia even then you gotta play by their rules.

However remember this one thing in that they are just as human as me and you and therefore there is a very high chance that it is bravado to conceal their real selves, it is just that they wear their masks extremely well.