Where can I get medication say V in Hong Kong? Do I need a prescription?

Can you just email me back?

Oh and btw no I won't keep it private.

Hong Kong is Asia and therefore you can get anything you want over the counter at a pharmacy, strictly speaking medicine is supposed to be like in the UK or USA or Europe where you are supposed to put down $100 to see the doctor who will give you a script to go either to a traditional herbalist which is similar to Dr Herbs: 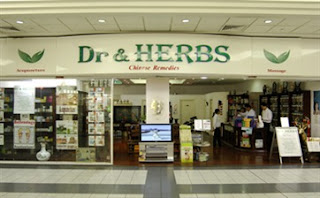 Or you can go to a normal pharmacy, which has a red cross sign, as said in Hong Kong you are normally supposed to go to the doctors to get a prescription. However this simply doesn't work out in that if you know what you need, anything even dangerous stuff like methadone you just go to a pharmacy but not one inside a Watsons as they actually enforce the prescription only meds. This isn't to say you can get cannabis, heroin or cocaine at your local pharmacy, as you generally can't get that stuff over the counter in the western world anyway. And simply ask for it.

One of three things will happen:

#1 The pharmacist will ask you how much you want and sell it to you just like that, bulk discounts apply.

#2 The pharmacist will ask for a prescription a real one and will turn you away if you do not have one.

#3 The pharmacist will ask for a prescription, at which you say here is my prescription and hand over a $100 HK note (about £10) which he will say I understand and give you your meds +10-20% mark up on them if you had a script. Hong Kong is uber capitalism and making a few quid on the side bodes well with the conscience of a pharmacist. Also because drug abuse is almost non existent the government generally can't be bothered to enforce the prescription rule.

How do I know this? I know this because I have a hypochondriac family member, well to be fair she had a problem where she constantly got ear, nose and throat infections. Easy because of the air pollution and phenomenal population density of Hong Kong (its free to smoke in Hong Kong). Also the fact that the water in the sea is horrible yet bizarrely people still swim in it, you have a look at Cheung Chau and people swim in the raw sewage there more details here . Heh there is an old expats joke. In that some of them live in a place called Repulse Bay photos here those photos were probably taken in 1930 or something, as Repulse Bay is truely repulsive. It made HK government office toilets nice (HK government toilets before 1997 were horrendous if anybody here is from Manchester you may recall a night club called the Hacienda Wanchai government offices toilets were appalling and appeared not to have been cleaned since the battle of Hong Kong). As it was truly repulsive, dead animals floating about in the water, and the water was frothy and various colours that water shouldn't be coloured.

Rather than book an appointment and hand over $110-$200 to see the doctor (It would always be the hard to book doctor too).

I would phone Peter my mate over Skype (he is a trained physician) who would tell me what I needed. This would save me a taking her out to the doctors where she would moan at me constantly and also moan at me while going to the pharmacy. This method cut the time needed to stop her whining rather quickly.

Although self medicating isn't exactly the safest thing in the world rather a lot of people self medicate in this manner and there are no mass deaths.