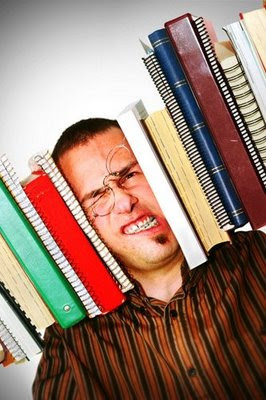 Why are Chinese families so obsessed with grades and school?

My [Chinese] friend rarely has time out to have fun with us and hits the books all the time.

Still working on the minor back log here apologies for the late reply. But simply there is an age old ingrained into Chinese society that education = success. This has been indoctrinated into Chinese society quite literally for centuries. Hell this probably even applies to today as well. In modern day China and outside of China too.

You may have often heard the jibe against public sector workers that there are plenty of public sector employees but no such thing as public sector workers (though really it is a different debate since the government holds a gun to my head to force me to pay for their wages if I want whatever the provide or not unlike Walmart which I choose to avoid). In Modern day China graduates only get paid marginally more than the workers who get sent down coal mines or who work stupid hours in foxconn factories.

The same came be said about the UK where public sector types are paid shit loads more than the private sector types, it is pretty much a closed shop where you need to know somebody to get a job there. Also the pensions are obscene (TCGs pension fund consists of a bottle of vodka and a loaded revolver.... until they banned guns in the UK). Thus if people study well in China they could well get such more comfortable public sector/civil service type jobs.

They did this by introducing for the time rock hard exams. Tsk exam you say? Yes a rock hard exam. Except that this was no ordinary exam, unlike today where you can resit modules where you fail or redo exams this was a make or break exam. Whereby this one exam would determine what the rest of your life would be. Do well and you moved upwards in social hierarchy. Do badly and you were doomed to be a farmer type and to be poor. This continued for quite sometime, sometimes vanishing completely only to resurface sometime later.

Which is why it sort of got stuck in Chinese society that exams and grades are the path to success. Thus it is almost like a religion to traditional Chinese types. I mean look at holy books, one happens to be 2000 years old another happens to be 1400 years old. And yet they cause people to have almost unshakable beliefs about them. This Chinese education = key to life thing is reputed to be over 3000 years old.

Whereby his dad was a civil servant who wanted his son to go into the civil service. He fails (because he cheated) and is condemned to a life of being a beggar.