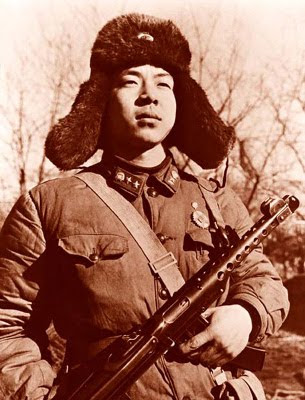 In that think about James Bond, he is suave, talented and gets all the girls, thus other men want to be him and if James Bond were real men would be jealous of him. For some strange reason I ended up watching a crappy James Bond film the one where Christopher Walker plays the blond bad guy. And at the end Roger Moore ends up horizontal with Tanya Roberts. 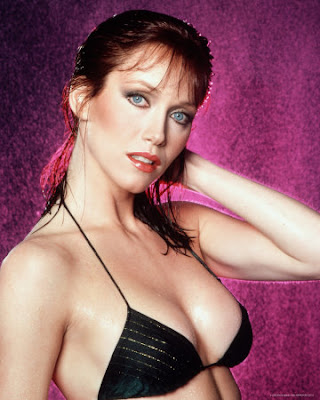 The official history of Lei Feng is flexible, if you've ever read the book 1984 by Orwell Winston Smith works in the ministry of truth. Whereby history is regularly edited to make the party and thus big brother look right all the time. Or it is changed as to make the people exceed the estimations of Big Brother.

The original official line was that he was an orphan who joined the military who sent his wages to the family of a fellow soldier who had died. He would cook for his fellow soldiers and even wash their clothes. Which stretches credibility pretty damned far...

in fact today it can be laughable sometimes. The Beijing military museum non Chinese are not that welcome unless you want to pay an extortionate fee. This place is a great example it says Mao stands for human rights and democracy.... oops that probably got me banned in China.

There are numerous examples of such propaganda, like the Long March, which wasn't as long as they claimed.

Or more Hilarious was the Dadu Bridge battle. Whereby 22 Chinese soldiers attacked and took the bridge. This was compounded by the fact that the bridge was rickety 110 metres long and had multiple machine gun nests positioned at 45 degree angles to the bridge to give better targetting aspect... I don't claim to understand it but it is a concept from WWI where machine guns did not fire directly ahead they fired in cones at 45 degree angles which made them deadlier. Yet shock and surprise none of the communist forces were harmed during the battle.

Ok ok so you get some insane heroism sometimes. Like Yogendra Singh Yadav.

Grenadier Yogendra Singh Yadav, 18 Grenadiers, in the early morning hours of 4 July 1999 was part of the Commando 'Ghatak' (Deadly or Lethal) Platoon tasked to capture three strategic bunkers on Tiger Hill. The approach was a vertical cliff face, snowbound at 16,500 feet. Grenadier Yadav, volunteering to lead the assault, was climbing the cliff face and fixing the ropes for further assault on the feature. Half-way up, an enemy bunker opened up machine gun and rocket fire. His Platoon Commander and two others fell to the heavy volume of automatic fire. Realising the enormity of the situation, he continued to scale the sheer cliff face alone through a volley of fire. In spite of having been hit by three bullets in his groin and shoulder, he climbed the remaining 60 feet and reached the top. He crawled up to the bunker critically injured and lobbed a grenade killing four Pakistani soldiers and neutralising enemy fire. This act was directly instrumental in facilitating the rest of the platoon in climbing up the cliff face.[1]

Grievously injured but with reckless disregard to personal safety, Grenadier Yadav now charged on to the second bunker and neutralised it with two of his colleagues in fierce hand-to-hand combat, killing three Pakistani soldiers. This extraordinary act motivated the rest of the platoon who quickly traversed the treacherous terrain and, braving hostile fire, charged onto the enemy to capture Tiger Hill, a vital objective. For his sustained display of bravery, Grenadier Yogender Singh Yadav was awarded the Param Vir Chakra, India's highest medal for gallantry.

But seriously nobody was hurt or even got a twisted ankle? Because it never happened thats why.

Anyway Lei Feng is one of those be like this guy in a twisted sort of way almost like "Arbeit macht frei". He is merely a composite of various people who is made into a shining star for people to seek to emulate. Almost like Uncle Sam's do not ask what your country can do for you but what you can do for your country.

Kind of like Chinese parents but that is a story for another time.

The PRC wanted a role model and made one up for people to achieve which was important at the time. I.e. join the military as China had just spilt the beer of the USSR and they almost went to war (and thus needed cannon fodder). It changes to suit the culture of China today. For example the self sacrifice cog in a big machine is bollocks.

People since the 1990s have become increasingly mercenary and unwilling to sacrifice for the greater good. Show me the money! Is what is important now. Thus Lei Feng today is merely a joke.