just read a great article about China and its problems with epidemic fraud in its academic and scientific fields.

This is not just limited to China, Korea have the same issue.

Why is this the case? Is it just greed (eg, money, fame) or something deeper rooted in the culture?

Thanks
Marcus from USA

Danger this post is not very lucid due to many things on my mind, so apologies first!

Usual stuff, money and power. Kind of like the Global warming debate...oh wait they call it climate change... oops they now call it global climate disruption these days. TCG does not deny the climate is changing. TCG in HK does not give a damn, why because HK is now mostly Nuclear powered and the last coal power plants are to die in 2020. However TCG questions as to the reasons as to why the climate is changing. For instance the past 5-9 years its been getting colder. Oh and not to mention the fact that the University of East Anglia was found to be falsifying its data. Oh and also the fact that all these climate change things always seem to make certain people rich and or cost me more in taxes.

If you get published in an international journal = your CV gets a considerable boost since few people are going to see the retraction. Kind of like the Jean Charles De Menzies the British state controlled media (the BBC and Guardian) publicised that he was a rapist. This was completely false but they put retractions which were completely buried. Which means today people still think he was a rapist when it was typical British police smear tactics.

There is enormous social pressure not to out these people because of the strict social hierarchy whereby if somebody is seen to be more successful than you it is really really bad to be questioning them and their integrity. Those of a higher social position will hold more ears merely because they are seen as successful than the person who is actually correct. Even though TCG is correct in criticising many people like Li Kar Shing who is merely a rentier capitalist my dad will say shut your mouth! He is more successful than you. This success is seen to be more important than actual ability and merit.

For example when talking to Chinese people (ones not raised as a Nihilistic, nietzschist cynic) they go all ad hominem instead of debating the issues at hand. I've been in social situations where I was thinking what the fuck! They say things like.

"You have no right to criticise hem unless you are as successful as them!"


You have researchers who do dodgy stuff climb the ladders then get into a position where they control the research nobody dares to question them. As such fraud of this kind continues. Again the UK Climate change debate is not really a debate in that if you even dare question the 'truth' you are labelled as some kind of fascist.

I woudn't say it is limited to Asian societies only as it happens in Europe too, personally I have a story about this (skip the next paragraph if you don't care)

Heh a side story to this I love this story, way back I remember vehemently saying a mile was 1609 metres. Everybody laughed at me even the teacher did too (TCG went to an inner city school where Uzis were popular jewellery). I said NO its not, but the pressure to conform to the incorrect answer was enormous and this was in the UK. Same with the EU scandals where EU crooks keep putting their hands in the till and getting caught. The woman who found out the EU fraud Marta Andreasen for example. She was sacked even though in the end she was vindicated for her beliefs that the EU accounts were complete and total fraud.


But I reckon it is deeper because of all of the above and the lack of oversight and a pubishment regime....whats the word Moral hazard thats it! For example the bankers, they buggered things up badly and what the hell does the US government do? It gives them more money. Where it the moral hazard of that? Famously Hwang Woo-suk faked human cloning thing way back in 2006 he claimed his innocence for a very long time blaming others. He was found guilty but given a suspended two year sentence. Which to me pretty much means he got away with it instead of being involved in a situation like this 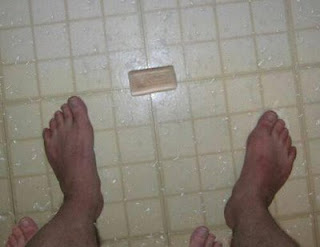 Which meant he got his 15 minutes of fame and nothing really happened to him after that... though of course he may find getting a new job rather difficult.