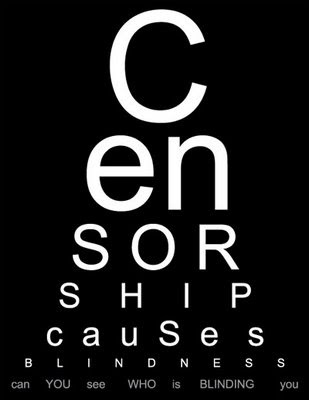 Source
Dear Chinese Guy,
I have a friend in Shanghai, China and I have been writing a couple of letters to him. My first question is, why does it take so long to send a letter to China? He received the first one I sent to him months after I sent it.

I know it's wrong to question the government if you live in China, but even if I send mail with questions, will they confiscate that as well? And will they block communications with my friend?

He told me he was very eager to respond to the incoming mail, and for some reason he's stopped speaking to me... I backtracked what the cause to that might be, and I know it's nothing personal, so I was wondering if the government is involved with the contact he has with me. Is this possible?

AFAIK postage always seem to take ages from China, back in the days when HK was British it took months. I recall back in 2007 sending a post card back to my work place and it took 3 months. Therefore postage is slow in China anyway, hell it's a state run monopoly they can take ages if they want. (DHL for instance took weeks to get a parcel from a depot down the road to me). Hell on my 2009 trek I posted post cards home to myself and family. They are still arriving in 2011 better late than never I suppose.

Regarding the does China censor letters and or is my friend in trouble issue. I doubt it, but if the CCP did do this then I wouldn't at all be surprised if they did. Namely as the CCP has some serious social issues which it is trying to mask. They are merely papering over the cracks and trying to hide the symptoms of a very unbalanced society. Not least the awful Gini Coefficient of 4.7 mass unemployment and environmental issues. The CCP censorship department is pretty freaking powerful such that the (public) leaders of the PRC are surprised when their speeches are edited heavily for broadcast even though they were generally in line with that of the ideals of the CCP.

My thoughts that they wouldn't is that there are millions if not millions of Chinese who live outside China who send post back and forth into and out of China daily. And it would be a pretty damned tough task in which to covertly open read and or censor such letters. Though letters have to pass through the state system due to a law FedEX and DHL complained about nigh on ten years ago. Thus its a technological barrier to doing this. Hell in the past a LOT of my DVDs without tax paid used to slip in from the USA, and if a modern 1st world country with high levels of automation can't catch my obvious DVDs then can China.

Also some points to consider.

The thing is though the CCP's version of censorship so far is less of a East German knock on your door in the middle of the night and be on the receiving end of a kicking/prison sentence. It is more of a passive aggressive system. Take for example the great firewall.

A similar system recently reported on and suspected with telephony AND SMS messages, anything the censors don't like (automated which is theorised as to why China is building super computers) it cuts you off. Or if you say something bad the CCP does not like on an SMS message your phone gets bricked which would be pretty crappy if you just spent a lot of money on it.

He may simply not be talking to you because he is busy or as Jocelyn covered it in a post a while ago here. That Chinese men will stop talking to you to save face and attempt to make you go away. It's a cultural thing I suppose. My wider family know to leave me alone if I don't talk to them for a bit and they have the sense to leave me alone.