I'm wondering how does in China look stuff with famous people, do you have also crazy fangirls ?

The next one is about nightlife in China, especially in Beijing, how it looks like ? Is it possible for foreigner to go on some rock concerts ?

How not to wear in China ?


Admittedly I'm not the best person to ask as the in scene changes constantly and my visits to China are not as often these days.

You mean groupies? I'm not too sure about this there is something called the Ha fans though groupies I'm not sure. I suppose it depends on the star in question. Foreign stars will not want to be deported so will probably keep to themselves while stars in China and Chinese stars generally like to keep a cleaner image. 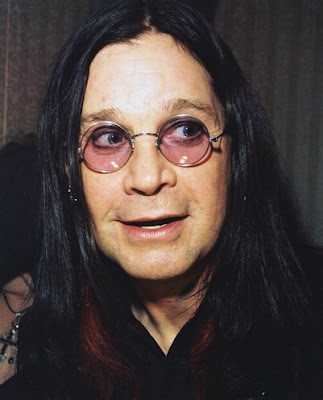 Edison took photos of his girlfriends in compromising positions... a PC tech stole his photos while maintaining his computer... This is quite a normal activity, however the PC tech (even though he went to prison) was not really implicated in this. Instead the news and media focused upon the failings of Edison not the PC tech and Edison was pilloried.

Faye Wong in 1996 was seen in Beijing emptying a chamber pot and was slaughtered for this as she was dating below her perceived class.

While some stars keep to themselves, Jackie Chan for instance keeps way to himself these days as a Japanese girl killed herself when he announced his wedding.

So really it depends on the star in question.

Nightlife is like any other big city in the world, bars cafes and sometimes drugs if you are so inclined be VERY careful drugs are punishable by death in China. Violence is also something which has spread into China these days when the bars close and everybody spills out onto the streets fighting can occur. Fighting even occurs in Lam Kwai Fong in Hong Kong on a fairly regular basis these days and I witnessed it all the time in Beijing in the hot nightlife area. Sometimes it was people being drunk. Sometimes it was older people abusing westerners for 'stealing their women' (TCG doesn't give a damn)

The hot areas of Beijing are Sanlitun near the workers stadium and the Hou hai area north of the Forbidden city though this changes now and again the Sanlitun area for example has had several parts of it knocked down and built over.

My personal preference is the Hou Hai lake area. It is mostly local people, sometimes with open air exhibitions (a person will ask for money afterwards more donations than an outright demand). The last open air exhibition I saw at Hou Hai was with Ollie, there was this grand master Wushu practitioner and he had this trick where you held 1RMB in your hand. He would tell you to close your hand and before you could he would snatch the 1RMB coin out of your hand and replace it with a piece of jade. He was so fast he didn't count on me being faster by turning my hand slightly. There are bars all the way around the lake with beers at about 5-9RMB depending on the bar. Live music, karaoke, and sofa bars that kind of thing. It's pretty nice, though you sometimes get many people who are convinced they can sing or play guitar. A few bars I've been in the guitar player was terrible and he couldn't sing either.

Though be forewarned! China follows the Russian model where many bars and clubs do not have toilets and there are two disgusting toilet facilities at the Hou Hai area which are... disgusting.

Is an older area of Beijing it keeps on changing, though there are some nice places here like the Chocobar (not sure where this is everybody was so drunk off their asses). It is an area where many Expats tend to congregate therefore prices are higher and it is sleazier and much less pleasant. In many of the bars in this area the local Chinese people are not welcome. The Suzie Wong bar and Maggie's are particular bastards.

At both Suzie's and Maggie's they have guards at the door, if you are Chinese looking they turn you away telling you it is a private club. If you are foreign looking you are welcome in. You are not missing much though! As Maggie's is known to be a brothel same with Suzie's bar too which are packed with Mongolian and Russian working girls. I can get into Suzies by virtue of having a UK passport along with Maggie's. I left shortly afterwards when the Dutch guy said it felt like De Wallen in Amsterdam as it was unpleasant. There was more hooking going on than an Alaskan fishing village in those places.

Of course this is not a universal constant as the bar a block west from maggies is a nice bar or used to be (things change quickly in Bej) An easy trick is to watch if they stop Chinese people going in.

Sanlitun I feel is like Itaewon in Seoul which is a bit like America town in Seoul. While Hou Hai is a bit more like Hongdae where people are out to have fun while in Sanlitun are out there to have fun but in a different way say looking down at other people.

Though again things may have changed.

Are easy to get into ticket touts / scalpers will hang around big venues on the night. However where to buy tickets officially before hand I have no idea you'll have to ask people in the know there in Beijing or where ever you end up. Simon in Shanghai has been living there for ages and always asks his friend to get him tickets. Prices are usually printed on the tickets so you can see if they are ripping you off or not. Be wary of booking too far in advance though as China keeps banning acts Oasis for example was banned so was erm who was it the killers I think for things they said about Tibet.

Anything goes in Beijing these days, though a bikini top might not be appropriate, and wet hair I don't know why but Ollie and Dave have wet hair and are constantly stopped by cops. However considering I've seen super short skirts (note skirts cannot be too short) super low cut tops etc I don't really think anything is too taboo. Just nothing too revealing as all the men looking at you you might not like. Holly was like this she wore shorts and a tight top, everybody just kept looking at her chest.

A free Tibet T-shirt offense will also be taken! Along with Chairman Meow t-shirts.


Though as said it is pretty liberal

Hong Laowai here for instance is dressed in 1950s type communist dress and he was ok, though he has vanished lately... maybe he got shot by the Shanghai cops?


As a final note! Watch out for beer in China. Sometimes it has this chemical preserver in it which tastes horrible and gives you a horrible headache 365Inn serves Tsingtao with chemical preserver in it. I had a headache which lasted 2 days off that stuff. While the bars in Hou Hai served smaller bottles of Tsingtao which did not have such a chemical in it. The trick USED to be to buy one bottle and look at the expiry date this USED to work if it is 3-4 years in the future it will contain this chemical, if it is soon then it won't. Though this varies of course.