added by The Chinese guy
Hello
Just thought I'd ask, What exactly is YEET HAY in English and How come it is only Chinese people who get it? Don't White people get it also or do they just not realize when they are ?

And what can you do if you do feel Yeet Hay

Uh oh, I was wondering when this would come up. Yeet Hey (熱氣) is a highly contentious issue which Chinese parents will tell their children constantly about. Strangely it only affects Chinese people. Caucasians, Mexicans, black people and everybody in between no such thing. Apparently there is Yin and Yang in food meaning anything which is hot is bad for you, i.e. anything baked fried, toasted, in fact anything slightly tasty or spicy. Koreans of both varieties north and South appear to be immune to it though for some strange reason.

Did I say Spicy? Strangely enough Koreans AFAIK don't suffer from this and everything they eat is like eating lava.

My trek to Seoul last year after riding around Guri wondering where the centre of Seoul was I stopped exhausted and found a stand selling Tteokbokki. Which looked ok, one bite and it was like an a ball of fire in my gob. Seeing as everybody was eating it fine and not wanting to look like a pussy I ate another piece which was hotter than the first piece. I slowly put it down and had a sip of the soup, which was even hotter and I sort of lost it to the heat. 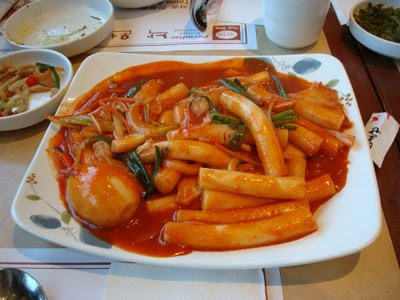 Korean Tteokbokki, Yeet Hey like nothing else, otherwords known as fire on a plate
At which the old Korean woman behind the stand crapped her pants laughing at me...(then again you can tell I am not Korean due to the way I had a massive beard. I have NEVER seen a Korean person with a beard ever). 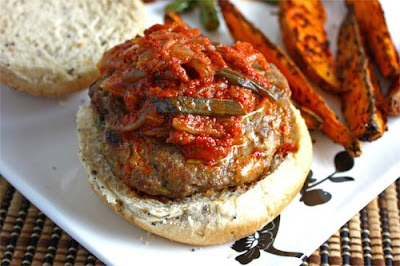 Firey Korean burgers
Ok so I go get a hamburger a Bulgogi (beef) burger from the ubiquitous family mart in Seoul and one bite and again I am eating molten lava as the inside is filled with spicy green paste (maybe Wasabi).... Slightly annoyed now and still hungry as the Tteokbokki wasn't finished, nor was the burger. I go out yet again for something safe, some 700krw cup noodles (not as bad as the 300krw noodles which shorten your life significantly) and again I am eating lava. I go back to my hotel room and throw up. 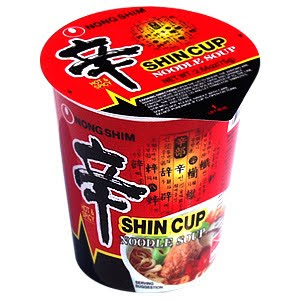 Korean Biological weapons in case the PLA ever attacks

When Park took me out to dinner we again ate molten lava. This happened throughout my Korean experience, Kimichi, Hanjeongsiketc. I found I could only eat Bimibap. Though this was more to do with the fact of walking into restuarants seeing the menu was completely written in Korean and realising I only knew bulgogi and Bimibap.

While Kim, Kim, Kim, Kim and Park in the hostel would continuously eat fiery spicy things yet exhibit no ill effects. Unlike myself, must be a different Korean evolutionary path that they can eat fire.

Young the girlie I became acquainted with in Seoul and I really do mean acquaintance (as she is now apparently a famous actress in Korea now). We'd go out regularly to Hongdae and she would eat her weight in fried foods and spicy foods which would send me thermonuclear just looking at it. And yet she suffered not ill effects at all and kept her ghostly pale skin.....Oddly she never got fat either, while my arrival in Korea was 7stn I left Korea considerably fatter at 7.5stone from the illnesses I got in Siberia. I think it must have been the cookies you can buy in Family Mart everywhere as the spiciness upset my stomach badly and I would throw up daily.


I bet this sauce would sell well in S Korea.

However this has often led to a great feeling of conspiracy within the Chinese youth in that coincidentally everything which is Yeet Hey always happens to be tasty. While everything which is non tasty is non Yeet Hey. I lived through years of not being able to eat good stuff, Pizza? Pies? Bacon sandwiches, even toast, pop tarts, chocolate, crisps, even frigging cornflakes ALL forbidden.... damnit my youth was just eating boring things, there sure was a hell of a lot of rice. Though curiously I drink loads of milk too most Sinotypes can't drink milk.

I discovered later on it IS (sometimes) used as a controlling mechanism by Chinese parents to control what their children eat as with the last post about Feng Shui the advice is completely inconsistent. Anything they don't like the look of is instantly labelled Yeet hay... which makes children think what the fuck? I'm getting old and my dad still pesters me about this.

But anyway where was I before I got completely sidetracked in my little anecdote.

Yeet Hey is used in Chinese medicine as a state of being too hot. As an antithesis you can also be too cold, wet or dry too. yeet Hey is bought on by eating lots of hot foods, spices and or lack of sleep can all imbalance the body and affect the Qi in the body. Symptoms of uber Yeet Hey are sore throats, break outs of zits big juicy ones which lurk under the skin. Ulcers, nose bleeds and when you take a whizz golden showers or it smells bad (hold on does piss ever smell good?) It varies from person to person. Some people are much more vulnerable than others. While others are completely invulnerable to it as per the Koreans as described above.

So what's the cure doc? Chinese mythology and medicine is dominated by the idea of balance so the cure is to re balance the imbalance. When you are too hot you eat or drink something cold. Common cures as many children of Chinese migrants will attest to are cool drinks:
24 flavor tea is this black paste type stuff which tastes utterly foul, kind of like your 8th beer it tastes incredibly bitter but is supposed to make you better. 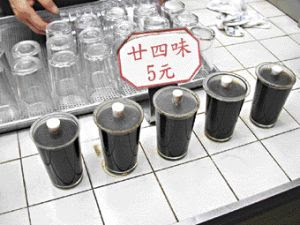 24 flavor tea (which tastes as good as it looks) = good and Leung
In a nut shell the basic theory is that you should eat enough hot and cold things to balance out the yin and yang elements of your diet else your health will suffer. The problem is there are severe inconsistencies in this. Lychee's for instance are considered to be Yeet Hey, when they are a watery fruit (I hate the damned things though). While other watery fruit like melons, grapes oranges ya pears etc are considered to be cooling (Leung). Which is terribly confusing especially as people give conflicting advice.

However I think the best way to define what this is though is simply this:

To eat and drink things in moderation, as excess of anything is bad.... 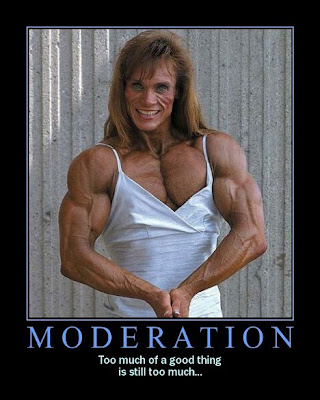 Koreans excepted as they sure do like they spicy food oh and Soju. The Kims and Park drank that stuff like water....

Though I'm sure Korean folks have their own local things too, as I remember being fed full boned ginger chicken by Young one day. Also that Kimichi has um issues.

Still everything causes cancer these days so what's new?