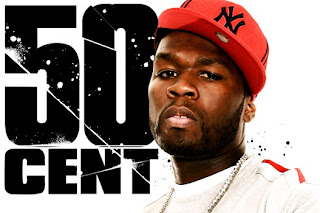 Are 50 cent'ers real? Do they really exist? Or is it just a load of bollocks?

Tbh I am not entirely sure. Btw for those who don't know what 50 centers are they are not fans of the famous rapper above no no they are something entirely different. The story goes that there is an army of 200,000-500,000 of them. They go around and make pro china posts and make posts which are an antithesis of ANY criticism of the CCP. For this they are paid 50cents US per post. Incidentally the TCG wishes he was paid 50 cents per post, by now I would probably have enough for a case of beer. It is alleged that scour the online universe and will attack, flame and go all ad hominem mostly on websites found in China hoping to drown out views which the CCP does not like. But are also spreading to the wider Internet to propagate their propaganda wars.

However I suspect that such an operation does exist in China to make the CCP look good. I mean think about it, in western economies and societies we have something called astroturfing. The British Labour party in power from 1997-2010 had no need to do this when they first got into power. But then they reneged on their promises and their popularity dropped like a stone. Thus there were carefully controlled media events. Such as this

Or the terrorist heckler incident Walter Wolfgang who was arrested by heavies as a terrorist.

Or when the labour party was caught editing Wikipedia to put themselves under a better light. Even the New Zealand government is involved with these sorts of astroturfing activities. They were even caught astroturfing support being totally pro ID cards here.

So I ask you if an apparent free 'Representative democracy'* (It's not but I put this rather than explaining what it really is as it would take reams of time and space). Does such things to artificially generate support or will artificially do this to give the impression of support. Then why would China and the CCP be above this level of deception themselves?

However it is most probably not how the media portrays it.