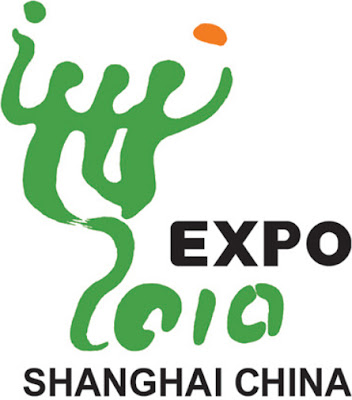 I have a question for you!

I visited the Shanghai expo last month! It was impressive in its size and displays. But I got a sense that this was mainly for the Chinese public NOT for foreign tourist because I only saw few of them including myself. If this is the case, why the HUGE Chinese pavilion, I mean that thing covered several blocks. Don't the Chinese public know this already!

Is my view right in that the expo is primarily to impress the Chinese people or maybe the gov. are trying to say something here?

Thanks
Marcus from USA

Excuse the lack of lucidity, last night was a night on the town and my hangover is killing me.

You got it in one there, the Chinese expo in Shanghai is merely a dick waving opportunity for the Chinese communist party (CCP). They have not missed a chance at dick waving for a very long time. Though sometimes they go a bit far, like the Song Class Sub appearing in a USN exercise.

Quite frankly it is for the CCP to say how great they are and how wonderful they are. the British government near election time does this all the time. The thing is there are no elections in China . Well strictly this is not true as there are sort of elections right down at the street level who then elect others etc. But the old men who embezzle and drink the blood of the citizens cannot be touched.

Oh wait a minute did I just describe the U K?

Thus everyday is potentially (correct me if I'm wrong) 2nd Amendment type election day meaning they have spread propaganda daily as if it is a normal election day about how good their lives have been. Granted the CCP HAS improved the lives of SOME, however the income gap is HUGE. This is just one of the parts of the jigsaw of the state control machine of course.

Recent other propaganda things have been the China space programme and also the Olympics, though admittedly the Olympics were mildly impressive. Wandering around through China even HK they regularly show propaganda alluding to the above. However when you have an endless pool of cheap expendable labour anything is possible. (regarding the Olympics). The CCP needs this propaganda because quite simply support for the CCP is waning.... especially in their core, i.e. the rural communities.

I've mentioned it before but the community bonds which tied the Chinese together are being destroyed and exploited. The young don't really give a damn about Mao's personality cult and are not exactly nationalistic. Kaiwen has an excellent article about China's rising ant colonies I archived somewhere. That the Chinese children are being screwed over too, they too were tricked into the MYTH education = good career. This hasn't been true in the Westernised nations for a good 10 maybe 15 years.

It's a bit like the book 1984, but just not so sinister... if anybody has read it Winston Smith works for the ministry of truth, he edits old newspaper articles to make it seem as if Big brother was right all along and for revisionista history purposes. Or he will edit it such that Big Brother underestimates the industriousness of the people in Oceania.

Some might say it mirrors the book closely what happens in China with the simplification of the language, though personally I don't think it is as sinister as normal people find Chinese bloody difficult to read and write therefore a simplification which is run in parallel with the old style language as well as wide spread English teaching isn't to oppress ideas. Guns are more useful for these purposes.

Anyway back on topic, it's more of a buy British Campaign or Buy American Campaign. If you're old enough you'll probably remember such things, when the Japanese products were arriving on our shores our own companies were caught with their pants down. China gives limited space to others to make itself look bigger... AND so less people can see other countries technical wizardry.

The Toyota violin playing robots for instance are great. And thus there are stunningly big queues to see things which we consider to me mundane and completely ordinary in our home countries. But really this I suppose is because there are plenty of poor people who haven't travelled and thus haven't seen tech of the rest of the world and want to have a glance. Which is funny in a way because it actually lessens the propaganda value of the Chinese pavillion* as it shows others are better in some ways than the CCP.

Though I suppose this demonstrates less of a strangle hold unlike the NK propaganda.

*A funny story was done by Kawasaki once in the 1980s, they released the new an improved GPZ1100 or something. They also bought along their older GPZ900 so journalists could try back to back how improved the bike was compared to the old model... Journalists had rides and most of them prefered the older bike to the new one and thus the new bike was canned and the older bike improved and continued for several years instead.