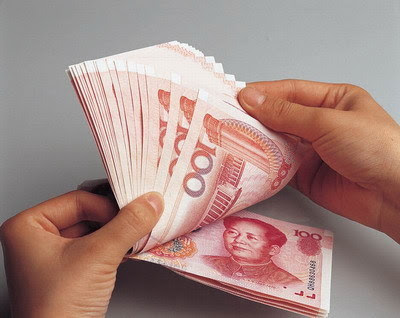 I've always maintained that China has some serious issues internally. The Gini coefficient for example is like a chasm (note the USA is no far behind and there are definite signs of M shaped society occurring. Sure Taiwan is M shaped but those at the bottom have a better standard of living than those at the bottom in China though!
Article is from Zerohedge, I'd take zerohedge with a pinch of salt however as Zerohedge does appear to ramp precious metals on a regular basis. My own comments are in purple

First, what is China’s Central government trying to do? Second, is it working?

The PBOC is worried about asset priced inflation so they’ve attempted to reign in the credit tsunami they initiated in response to the 2008 economic crises. The outside perception is that if the Chinese government orders banks to lend, they lend. So if that’s the case, if the PBOC orders banks to reign in lending out of fear of overheating and future non performing loans, the banks should stop lending. For the past few years, the PBOC has established official loan quotas on banks, but the banks have exceeded the official thresholds each year. Unofficially, the problem is much worse, as banks have hidden another 30% or so of their loans in off balance sheet transactions, according to Fitch. Recently, the PBOC officially dropped the loan quota and decided to focus on the reserve ratio. The loan quotas failed and were not being obeyed, so issuing guidelines that are inevitably violated would merely highlight PBOC weakness.

Last week, immediately before President Hsu’s visit to the US, photos of a Chinese Stealth fighter were released. The timing was viewed as a way for China to flex its muscles and set the tone for the Obama meeting. That may have been the case, but on whose orders? Secretary of Defense Gates spoke with Hsu, who said he knew nothing of the photos. This sparked alarm from the administration that the leaders of the Chinese central government do not have control over the military. This is not the first allegation of lack of oversight. It also shows the hostility of China’s military leadership towards the US.

Food costs account for 40% of disposable income in China. To control prices, the central government has placed limits on the number of purchases on such things as cooking oil. There are rumors the central government is releasing stockpiles, yet prices continue to rise. China has 20% of the world’s population, but just 6% of the farmable land. If the central government begins to implement price controls, shortages are inevitable. A recent reported from World Economic Forum warned that shortages could “cause social and political instability, geopolitical conflict, and irreparable environmental damage.” The central government seems to have few options to control food inflation without causing a major disruption in the rest of the economy.

Which is a massive danger as China can feed itself but only just! Although the South North water project may allevieate some of these problems it is not coming on line for a while. Also diets have changed to include more meat. I would note however an important point is back in 1989 food inflation was pushing 18-25% which was a trigger for widespread discontent. The CCP absolutely wants to avoid this which is why the PBoC keeps on upping the reserve requirements of its banks.

Chinese soldiers and their families are mostly from rural China, the majority of whom have not benefited from China’s rising economy, with 600 million still earning less than $6 a day. Indeed, in many aspects, quality of life has deteriorated for those without connections, a prerequisite for wealth in the eyes of most Chinese according to polls. Many do not view competition for material goods as healthy, pollution and waste have worsened exponentially, housing prices have skyrocketed, and now food prices surging. Businessweek reported that ordinary Chinese are increasingly yearning for a return to Mao style communism – “a more equal” society, with Conqing Party Boss Bo Xilia gaining support and pushing for membership to the inner circle.

To summarize, banks have ignored PBOC orders, the military is doing their own thing, and food prices are surging with few solutions available to the central government. They have a fixed asset bubble, a likely onslaught of bad loans in the offing, and millions of jobs tied to construction. Many Chinese are worse off and the military is more sympathetic to ordinary Chinese than the noveau riche. Inflation is nearing levels associated with social unrest. The situation is a powderkeg.

The major point is Chinese people are NOT apathetic as people are in the west! History has proven for centuries that people who are completely outgunned in Asia will stand up and be counted even be gunned down.