How much support is there in Mainland China for the Communist Party?


How much support is there in Mainland China for the Communist Party?


Yes no and maybe, in that the CCP of China (Communist Party China) the politics of is full of ironies and contradictory views. In that is there really support when they have no real choice and metaphorical guns to their heads?


In that as in each society and governance system there are winners and losers it's all about the RMB. 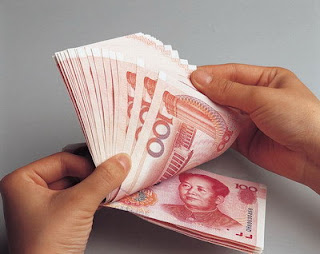 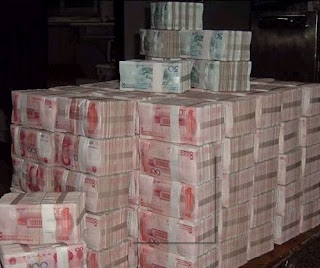 I’ll just go through the winners and losers and give you my point of view, since I can’t really go around and ask all 1.4bn people that would of course be terribly impractical.

The CCP has wide(r) support from older people. This is due to cult of personality regarding Mao (who is and was a monster he has directly killed more than EVERY dictator on the planet combined) and the fact that life before the PRC was pretty dire.

In that China was in a state of flux before and after WWII until Chen Kai Shek was defeated and left to go to Taiwan. In that Mao developed an incredible cult of personality around himself as the bloke who kicked the foreigners out of China, China had been carved up by loads of countries, including the UK, Germany, France, USA and Japan and then some. Mao milked this to say China for the Chinese. They retain their pension rights promised in the past and they are given jobs as ‘internal police’. Internal police are bollocks; you see them in Hutong (literally narrow streets in Beijing) wearing armbands, security force. You see them gambling, smoking drinking and spitting in public all things that they are supposed to be paid to prevent. When a REAL dept of internal security bloke comes along they all spring into action pretending to do something useful. They receive a small stipend for these services, and thus they are generally looked after.

Mao is still respected in China, his memorial in Beijing EVERY day has a 5 hour wait to get in though you have to go through 4 security checks and people buy flowers to put at the foot of his crystal coffin. Oddly this was against his wishes as he wanted to be cremated. Anyhow...

The middle class the CCP keeps stating it has, has also done well out of the CCP’s changes, therefore they have directly benefited and thus are generally happy with the CCP, they may grumble but it created the conditions which made them wealthy. These number at about 300-400 million people. They may grumble but then people being people are cantankerous always, much like people who have enough to eat roof over their head and spending money complain even though they lives are fairly good by world standards.

The problem with this is that it is faultering hence people are getting annoyed their children live comparatively comfortable lifes but there aren't enough jobs to go around. In the local rag there was something about Chinese graduates getting turd class degrees. Where there was such a shortage of decent jobs they were literally shovelling shit. (a rather common issue as this is affecting Europe too, too many graduates too few jobs)

Of course this could be graduates go to shitty universities which are little more than degree mills as demonstrated here:

(Watch the whole series many universities in China are like that, there are of course some really good ones too, but guess which one outnumbers the other?)

Then you get poor people and what we would term working class, in that their views vary a great deal. In that they see enormous progress occurring in their cities. I barely recognised Beijing from 1995 to 2009 as it had changed so much. In 2008 and 2009 they put in a complete new line on the under ground metro network. The people see new roads, new trains new everything things like the harmony railway etc, thus there is a feeling that the government has improved their lives markedly and or acts in their interests for example somebody uses dodgy ingredients in the milk the directors of the company responsible are executed. Here and here

Compare this to the UK government that quite frankly hasn’t built much, in the last 10 years the only infrastructure project I can think of is the M6 toll road and probably the new underground line. Or when some corporate badness is done very little happens, such as the potters bar train crash or various salmonella or lethal MRSA in hospitals nothing really bad happens to the people who cause this. I therefore feel the UK government doesn't exactly do much for me or others.

Although there are of course differences in that with an endless supply of cheap expendable labour you can build anything you want.

Unfortunately to make an omelette you have to break some eggs, so if it is your eggs they use for the development you will be pretty pissed off and you would probably be right to be too.

In the UK if the government wants to build over my hypothetical house (I don’t own a house) they can issue a compulsory purchase order, and give me compensation enough to buy a similar house. In the PRC no such rule exists.

In the PRC ALL the land in China effectively belongs to the CCP, therefore they can come take your house apart and give you squat. Effectively this will make you massively pissed off with the government, this is happening rather a lot recently with secreted videos and news stories occasionally coming out. Although the tip of the iceberg might be an appropriate expression to use here.

This has been going on for a while as

the washington post reports here and the guardian states here

The linked stories are at least a couple of years old some going back to 2004, ergo there is a massive pissed off section of society who are thrown in the gutter. Although in Asia life IS incredibly cheap anyway (the whole area is known for massive projects that kill millions, the Road of bones , the great wall and the great canal too all projects that killed millions in the construction of).

A similar thing happened with the 3 gorges dam millions were just simply evicted from their homes.

On top of this plenty of the poorer sections of society are stuffed into factories working for low pay with no social security nets and few rights with common scams being factory owners locking the gates once the contract is over and not paying their employees and running away.

But at the same time they have had their living standards improved, Chinese people in the 1980s and before rarely ate meat, now it is common everywhere. Hence the ironies in that you see some good in some areas and bad things happen in other areas. So really it is impossible to give a straight answer in that is there wide spread support? The only answer that can be given is maybe.

My own thoughts are that support is wavering dangerously low in the poor(er) people who get stepped on in the name of development that property developers have gotten greedy and more and more people have had their land seized and gotten nothing. The land seizures are continuing and what we hear might be the tip of the iceberg. In that 20 years ago people would leave willing or it was said they would leave willing, but we can never know of course as we don't know what happens inside quite often. And thus people are actually starting to stand and be counted and will actively stand against the state machinery.

As per the following examples

Man burns himself to death in protest

On top of this the Chinese dream is faltering unemployed people are pissed off people; this is why China needs to hit the 8% growth per year just to keep its organic growth employed. There might be 300 million or so that are pleased with the CCP for making a business environment that they benefited from but there are 1.1bn people who might be peeved or may love the CCP, and it is like the novel 1984.

If there is to be any hope it lies with the proles.

Finally ontop of this the middle class are in the middle of a phenominal house price inflation where they can't afford homes and they stand to lose huge amounts of money in the future which will cause more people to be pissed off too. And instead of being happy with their CCP masters they are starting to get peeved off in very large numbers.

As some of us in western societies have realised principles are sold for money and thus the same is happening over there.

Such that there are winners and losers, the losers are losing even worse than before, and the winners are also starting to lose and therefore I think anyway that support for the CCP is waning, and the consequences of this are absolutely dire.

China's policies are creating a massive underclass who have absolutely nothing to lose from the divisions in wealth in society and are not kept ignorant of the progress as in North Korea. You can't desire something if you do not know it exists. In 1989 people openly stood against the CCP tank man was a mere side show although many speak of tank man as if he was the catalyst for change. The main event was near Wangfujin street where infantry were used against crowds.

The policies in the PRC are creating millions of such people with nothing to lose and the CCP has forgotten what Sun Tzu once said 2300 years ago:

Sun Tzu says, "Leave an escape for a surrounded enemy." This is simple, straightforward advice. How is it translated? The same line from the popular translation:
"When you surround an army, leave an outlet free. This does not mean that the enemy is to be allowed to escape. The object is to make him believe that there is a road to safety, and thus prevent him fighting with the courage of despair."

Quite simply as long as dividing policies and unfair money grabbing policies continue support is only going to go one way.