How do I work in Hong Kong? (deleted a ton of junk from this).


To work in Hong Kong you need to jump through various hoops the easiest is if you have a HKPID which effectively allows you to live in the territory for life. 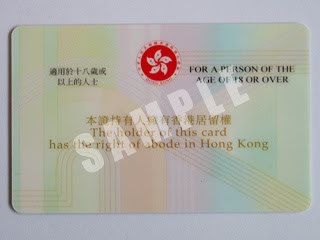 With a HKPID you have the status of a local person there regardless of the number of stars on the face of the HKPID (stars mean rights!). Overseas born people will have an A0 prefix to identify them as overseas born btw. The children of all HK natives born overseas are usually entitled to one, you need to write a grovelling letter to them about it in Chinese though sometimes as they may make it difficult for you just to flex their muscles, they can do that.

Since the hand over in 1997 after the lease expired and HK became Chinese territory a state within a state which is why it is often called HK SAR Special Administrative Region, it is effectively an autonomous state, the PRC government generally leaves them alone to do what it pleases except for security issues. The British Garrison was replaced by PLA soldiers and the PRC flag flies next to the HK flag at most places.

Anyway I digress, in that before the hand over British people could effectively take a flight over there and work with very few problems. Once the hand over changed governments you need a work visa.

Before you can apply for a Hong Kong work visa, you need to obtain an offer of work from a company in Hong Kong. This is your sponsor. This, ideally, should be done before you move to Hong Kong. However the usual work around is that people come to HK on tourist visas and they look for work, if they get a job offer they take a ferry to Macau and back and 'activate their visas'

If you do this while in Hong Kong, you can apply for a work visa and the Immigration Service will rarely ask questions. You will have to leave and re-enter Hong Kong to activate the visa.

Once you have obtained a job offer, your company will work with you in applying for a Hong Kong visa and while most applications are accepted, a HUGE number are rejected. The criteria the Hong Kong Immigration Service uses is somewhat opaque, but here are some basic guidelines.

Those are the basic guide lines, however there is a 3rd way, you can buy yourself in IIRC it was something in the region of 6 million RMB a enormous figure but this route is only really open to PRC citizens (note that China does not recognise dual citizenship , Hong Kong though does). Once you stay for 7 years you can apply for a HKPID, which has uses like taking 5 seconds to get through immigration at Lo Wu, or the airport.

I would note though that although HK is a cushy what with its low taxes, no VAT (sales tax) and low cost of living (aside from accommodation expect this to be your biggest cost) there is a price to pay!. Hong Kong is a crowded dirty city, where wages can be crushingly low if you convert the salaries to the hours. Also remember this is China's property now although they do not poke their noses in often to the affairs of state, not until 2047 you should act appropriately and not be doing any flag burning or desecration and things like that, they can and will deport you for this. If you are REALLY unlucky they may make you stand trial under mainland law and punishments.

Minibus drivers for example are paid $9 an hour if you divide the salaries down to the hourly basis, it is that nuts. This is also an explaination as to why they all drive in a suicidal manner are almost all universally surely and in the NT area are rather foul mouthed. 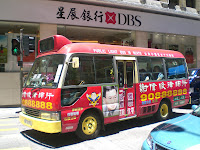 The locals are also highly educated multi lingual and highly qualified and will work harder than you. The students can all speak fluent (although heavily accented) English, read and write English AND Chinese as well as speak Mandarin. So there is very little scope to compete with the locals. The pay is low namely due to two factors:

It is in the interests of big corporates for pay to be low so their overheads are lower.


There is no such thing as a 9-5 8-6 is common 8-8 even more common 4am-9pm is horribly common, these hours only start to decrease once you get to a certain seniority. Although many of these uber levels are to do with bums on seats more than working through that entire period. Also think of this HK has managed to work a staggered system of working, in that office workers except for government employees will often start work from 10am even 11am. Shops will open at 10-12 in the morning or noon, but they will open late into the night to compensate.

The vacations are also pretty poor 12 days is considered a good package for vacations. In the UK it averages at about 19-23 days. Ontop of this there is peer pressure NOT to take your vacations in full. Also check if you get a medical package, the socialised health care is good but medical care is often a big perk.

However the implicit deal is different, in that this is Uber capitalism, the government will leave you alone as long as you pay your taxes* and let you make provision for your retirement. Being poor with no money in HK is horrible.

* Note HK taxes are not like UK taxes you do not have deductions out of your pay cheques instead you are given the gross amount and you fill in a tax return and pay the government when they ask for it.

As a final note try not to piss off your sponsor as they will tell the immigration service and can make it a huge pain to get it transferred over to another company, some maybe spiteful and hold onto it and therefore meaning you have to jump through the hoops again from the start. HK immigration department is pretty efficient and may deny you a second or third chance.

Final note this does not apply to Ammas, or Anmas who are the house hold maids which are found often in HK homes, lazy cunts will hire these people . Who are virtual slave labour to cook clean and look after their children for as low as $3000 a month. Filipinos started to get expensive so they hired Indonesians. Such people have pretty poor rights, and the 7 year rule does not apply to them the HK government rarely lets them stay even if they have been in HK for years. I would never hire one as I was raised in the UK, I prefer to do such things myself as it was the way I was raised and I am a cheap skate.

Also that such people effectively raise your children, its funny how HK people complain that their children often call the Indonesian maids mother as they never seen their real parents as often as the maid! How is that for a kicker eh?