added by The Chinese guy
Hi, I saw your blog as I was searching for the answer to this question. I have a Chinese friend who once told me about something she called "aku spirit." I don't know how to spell it, and accordingly I haven't been able to find an in-depth description of what it is. She told me it was a Chinese way of thinking, in order to deal with loss of an opportunity. For example, say you lost $20 dollars; the "aku spirit" (sp) way of thinking might include telling yourself that you spent the $20 on a nice meal and you thoroughly enjoyed it, in order to cope with losing the $20 and not worrying excessively about it.

Are you familiar with this? And if so, can you describe the correct spelling/saying? 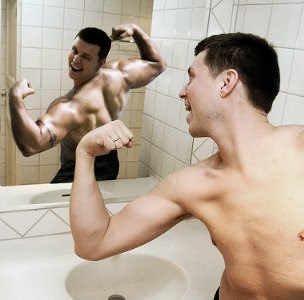 You don't give me much to work here, but I'll try.

This has been troubling me all week, in that I know how to pronounce this in Hakka and it shares a commonness (sp) with Cantonese too. This is familiar as language as my dad castigated me throughout life using this phrase but I can't actually remember the Chinese for it. And my dad isn't much help as he speaks to me in 4 different ways switching from Mandarin, to Hakka, to Cantonese to English often in single sentences.

The first thing I thought about was the work Ak, as you said Aku ~ Ak~ Ngak? 握 which isn't correct as 握 means to shake, hold or grip. It sounds a bloodly lot like Ak anyway but it is wrong as its usage in verbal form sounds correct but in written form isn't. 握 手 ak - shau ~ to shake hands.

Which is wrong i.e. 你 (you) 握 (shake) 我 (me). You go to a Mahjong den and somebody cheats if you say 你 (Lee) 握 (Ak) 我 (Knor), they will understand, but if you wrote it down they would laugh at you and correct you. The word I was looking for was 阨 (ngak) which means to deceive, this is a pain in the arse word as it is a borrowed word which actually comes from 呃. which again is (ngak) which means the same thing.

Hence initially I wrote: 握 (ak) 自(chee)己 (kay) ~ to trick oneself. But I know this is wrong, damned similar sounding words, the word I was looking for 阨 (ak)


I have no idea what the spirit bit refers to I've never heard it before there is also:

對…作出解釋；為 自己- which means to justify it to yourself which is more closer to what you were looking. I.e. I justified the spending to myself which isn't quite right again.


Continued the spirit issue, is tricky in that again subject to interpretation but what you posted to me earlier I think attitude is the correct saying