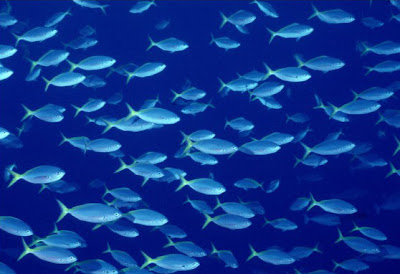 Chinese people eating fish and liking it is quite common. This is taken into extremis because of the way people in China especially HK will fish in the water there (without rods I might add just using fishing line). Unlike in the UK whereby people fish and throw the fish back HK is difference. The people there will catch the fish and take them home to eat....considering the water around Hong Kong is filled with ecoli due to the fact that about 20% of the toilets in HK still flush directly into the water, i.e. HK's coastal water is quite literally raw sewage. I am not exaggerating either as there are quite a few nasty places. Repulse bay for instance does not mince it's words. It is truly Repulsive, better than it used to be with hacked up bodies from Mahjong's debts, dead dogs, cats, birds and general dumping ground for general waste. IIRC in 100cc of water there were over 2300 strains of Ecoli it was so bad. 10 years of progress means that in every 100cc of coastal water there is 14cc of 'slurry' (read poop). Seriously this gives the Ganges river in India a run for its money (the Pearl River delta). Yet surprisingly people eat the fish out of it..... my dad won't eat fish in China because he knows of the pollution. Also the ubiquitous curry fish balls as if they were not deadly enough.

However I do know of several people who are Chinese who hate fish. Unless it has been thoroughly processed, no head, no scales, no fins etc. However the usual rules apply there's be lots of famines and people will eat what is available rather than starve. Much like the two vegetarian French girls I met in Mongolia who were in some serious difficulty since Mongolians don't even know what vegetables are.

There are also some cultural reasons as well as yet again it boils down to money, fish are symbolic of money and fortune. And you are supposed to eat it last as it represents bounty and riches in some strange manner. I have some cardboard fish in red somewhere in the loft. They also serve as some kind of inverse wishing well whereby eating it may make your dreams come true. Thus in such a superstitious society people tend to like eating fish... though as with an earlier post not if it is still moving they don't.

On the subject of wishing wells. Here is something for the Monday comedy slot. Benny Hill.