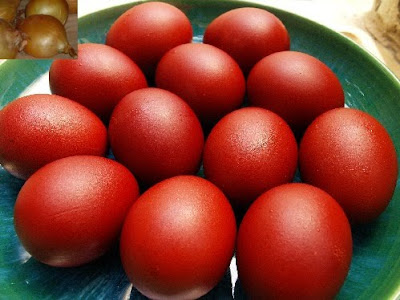 Just while making some headway about wedding extortion in planting seeds of doubt into the minds of the givers I get hammered by something else. Damn it it seems I simply cannot win!

I received a basket of red eggs which made me break out in a cold sweat, this is for two reasons:

SOME Chinese families continue the tradition whereby until you are 18 you are give a number of dyed red eggs to eat in ONE sitting. The problem is my family were often NOT coordinated. Therefore through my teens I would be presented with baskets of eggs. To be eaten in one sitting. My dad would prep a basket of eggs dyed red. He would then stand over me and watch me eat them and refuse to leave until I had done so. Then my mum would come along later on in the day and also have a basket of eggs. Then my grand parents on both sides would come along and bring a basket of eggs. (My family have poor communication btw). End of a birthday I'd be egged out to hell. My 17th which was the last time this occured was horrible simply horrible the number of eggs. They would also withhold their Lai See unless I ate them all too. I don't really like hard boiled eggs any more these days because of this. My cousins and their friends were all put through such trials, though they families obviously had better coordination than mine.

But I received a basket of red eggs, which signifies that a child has been born, which signifies hey CG you've been invited to a party! But because you're only supposed to get the basket of eggs (dyed red) there is nowhere to put bring all yer money type invitation/extortion scheme. Also having a baby is somewhat more involving that a sham wedding. But again acquaintances are calling me already asking how much we should bring in money terms. Luckily everybody else is as piss poor as me and looks like it's not going to be more than £20.


Anyway tradition dictates it's held a lunar month after the birth, due to two things. Extremely high infant mortality. One month after the birth equates to a good chance of survival. Also same thing for the mother, in that birthing is undoubtedly painful. Thus the month is to allow for recuperation. Then again my parent's generation were made of sterner stuff they were mostly nuts. TGC's mum was having contractions and she had to finish off the shift before going to the hospital. My dad is equally nuts when his apendix ruptured or something and he finished his shift before going to get himself seen to.

Though admittedly this is not just restricted to Chinese people. My mate Tariq from Kashmir was stabbed in a shop robbery, he too had to finish his shift close up and clean up before getting himself sewn back up. Silly sod was really pale and ill looking the next day.