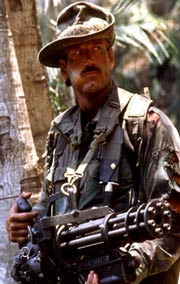 What are the young pioneers of China?

The Young Pioneers of China is sort of like boy scouts and girl guides, and erm brownies, girl scouts type organisation. The Chinese version of boy scouts was banned about a year after the PRC was formed. It was reformed as the communist version. Though I forget the exact year even the communist version was disbanded during the cultural revolution. It was replaced briefly with little red guards.

Much of the same things are done, group activities except with a communist sort of slant and of course loyalty to China rather than the US. Which is kind of laughable really as China is NOT a socialist communist country. Its more like an ultra corporate state. A bit like the government Corporate type from the game master of Orion 3

Have a gander at the American Boy Scouts motto's, or is it Boy scouts of America.... I forget (TCG was NEVER a boy scout as I grew up in the inner cities)

On my honor, I will do my best
To do my duty to God and my country;
To obey the Scout Law;
To help other people at all times;
To keep myself physically strong, mentally awake and morally straight.[27]

A Scout is trustworthy, loyal, helpful, friendly, courteous, kind, obedient, cheerful, thrifty, brave, clean, and reverent. The original version by Lord Baden-Powell had only 10 points to the Scout Law (the last two of the BSA version were added when the BSA was founded).

Do a good turn daily

As an American, I will do my best, to be clean in my outdoor manner, to be careful with fire, to be considerate in the outdoors, and to be conservation minded

Blah blah, I will be loyal to the mother land, country work hard etc etc. That kind of thing, in effect through my cynical eyes it is a form of indoctrination sort of like :

Man, I see in fight club the strongest and smartest men who've ever lived. I see all this potential, and I see squandering. God damn it, an entire generation pumping gas, waiting tables; slaves with white collars. Advertising has us chasing cars and clothes, working jobs we hate so we can buy shit we don't need. We're the middle children of history, man. No purpose or place. We have no Great War. No Great Depression. Our Great War's a spiritual war... our Great Depression is our lives. We've all been raised on television to believe that one day we'd all be millionaires, and movie gods, and rock stars. But we won't. And we're slowly learning that fact. And we're very, very pissed off.

For a bit of balance here:

I'd note indoctrination and propaganda is NOT limited to China. In UK schools Children are brainwashed into believing everything hook line and sinker about Man made global warming. Even when it was discredited here. Hell UK children are FORCED to watch Al Gore's Inconvenient truth DVD.