Torture has been practiced by nearly every civilization at some point. It is mostly used as a punishment for a crime or to extract information or a confession. In Ancient China (2100 BCE - 200 BCE) torture was frequently practiced.

Qíng (黥) meaning tattooing or branding. The offender would be tattooed on the face as a mark for their crimes.

Yì (劓) meaning to cut off the nose. Obviously this would cause you horrible disfigurement.

Yuè (刖) meaning to cut off one or both of the feet. This would greatly hinder your ability to work and provide for your family.

Gōng (宫) today known as Yāngē (阉割) or castration. I have a whole post dedicated to this here.

Zhang (杖) The same as Chī, but with a larger stick.

Tú (徒) Slavery or Penal servitude for a given period. I guess the equivalent would be "community service"

Liú (流) Exile. The more severe the crime, the more remote and farther away the exile location.

Xíngchōng (刑舂) The offender was forced to grind grain. So in other words, a typical day for a women in ancient China. Cìsǐ (赐死) The gift of death, permission to commit suicide. (I don't get it either)

Gongxing (宫刑) Although it had the same name, Gong for women was solitary confinement rather than castration.


*Execution was carried out in various ways depending on the time period, including boiling, quartering, decapitation, strangulation and two very unique methods described below.

One famous form of torture/execution was by bamboo. In World War II and Vietnam, the Japanese and Vietnamese would force strips of bamboo under POW's fingernails which I imagine hurt like hell. But in ancient China bamboo was used in a different way. The victim was suspended over a bamboo shoot, and since bamboo grows so fast, the shoot would grow into and out of the victims torso over several days, causing a slow and painful death. It was even featured on Mythbusters. 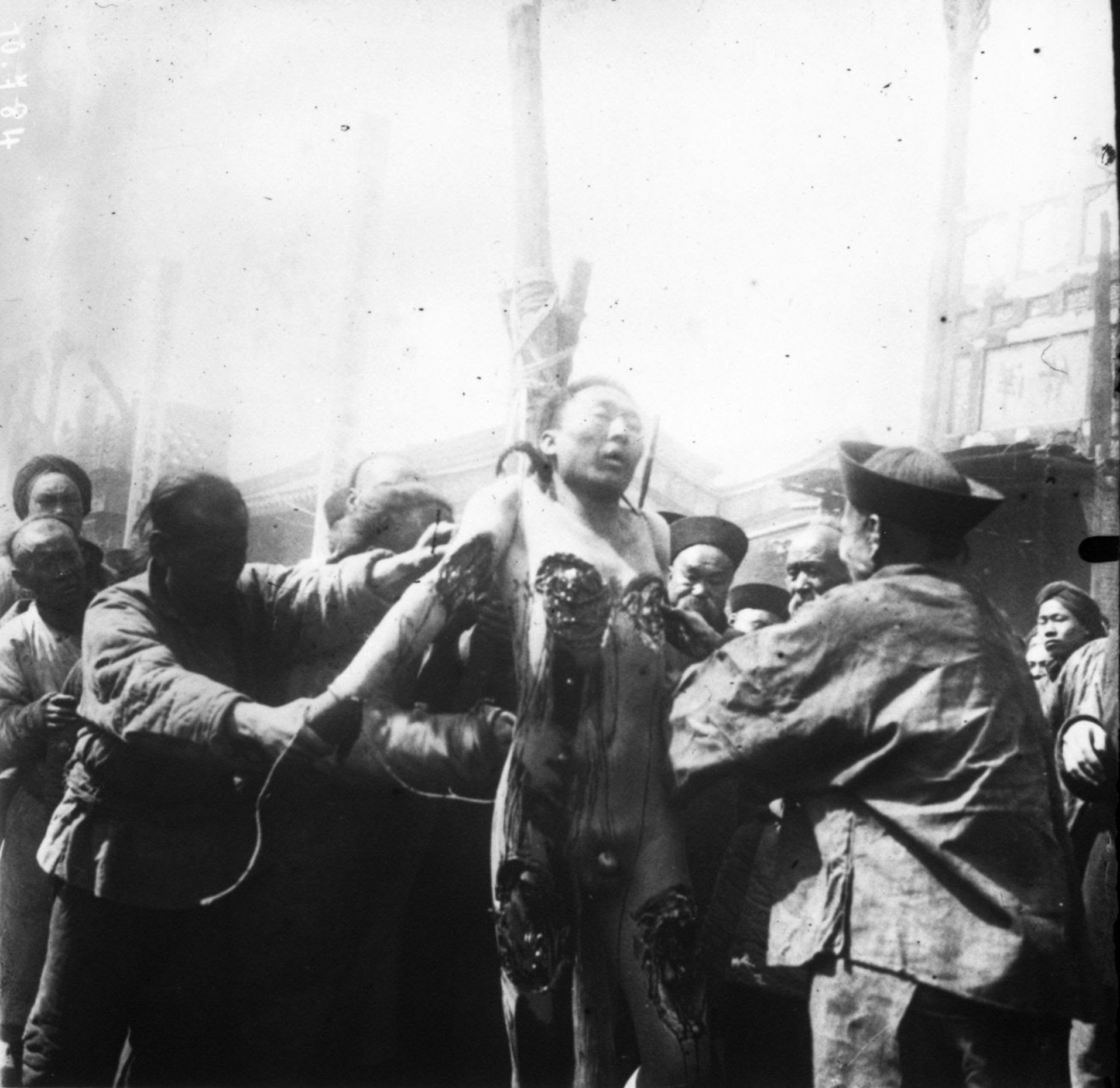 Another famous practice was that of 殺千刀 (Shā qiān dāo) or "death by a thousand cuts". It was practiced from the Tang Dynasty until the fall of the Qing in the early 20th century. As the name implies, it involves slowly slicing into different parts of the victims body until they died. This punishment was seen as disgraceful to the victim because mutilating ones body was against Confucian ideals.