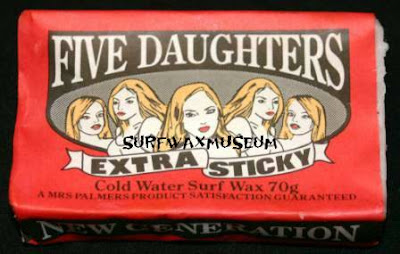 I am expecting my fifth daughter on the fourth of July. I am writing to ask if there is a Chinese tradition that five daughters is lucky. Before I knew I was pregnant again, my family went out to a Chinese restaurant for dinner. Everybody who worked in the restaurant made comments about our four daughters and how five daughters was lucky. I had heard this before, at the beauty salon I go to that is owned by a Chinese woman. I would go in to get a hair cut and during the get to know you chatting, every Chinese employee would comment about how five girls is lucky! I tried to google it, but I have found nothing! Please let me know! Thank you!


Several reasons about this, firstly, IIRC it stems back to ancient folklore and the mishmash of Chinese religions and belief systems which is a mishmash. For instance HK has a massive Iron Buddha on Lantau, yet the people mostly believe in ancestry worship and or reincarnation.

My mad granny who gets madder by the day believes in all of these things as a way to hedge her bets for the inevitable. Hell you should see how contradictory peoples' homes happen to be. My dad's place in HK has lots of Japanese lucky cats. An altar to my grand father. Several lucky sycree charms and a load of jade carved into lucky shapes as well as more than a few Ba gua as well as a ghost hunting sword made from Chinese coins. There is linking into Buddhist traditions.

The number five is intimately associated with the Chinese theory of the Five Elements the olde fire, water, air, earth and metal (some add mind to this as well). This is an old concept used for the underpinning ofthe Zodiac Calendar, the latter serving as the former calendar of old-world Asia. Next you move away from 4 daughters and we all know 4 in Asian languages tends to relate to death and it is unlucky. Call it negative reinforcement if you will. Heh again my granny got lucky and had twins the 4th time she was pregnant.

Secondly children in Chinese society have always been considered a good thing. no matter what their sex and or number, since I've heard you're lucky comment on all sorts of combinations of children being daughters and or sons. This maybe related to the extreme mortality rate which only changed quite recently in Chinese history and the 30 day rule. 2500 years ago Confucius said something about it. About the family unit being the most important thing ever.

Also as you might have read from Amy Chua about tiger moms. This comes from an old style thinking that Children are YOUR chattels IIRC from somewhere obscure no doubt 5 sons 2 daughters is supposed to be the ideal family make up.

Thirdly though I have doubts these are the reasons but you might be interested to read them anyway. This is the actual influence since most of the Chinese overseas are migrants who left in the early 1960s or earlier and thus the influences of modern day China do not really apply. It is that women in China actually are more desired than sons for various reasons.

It used to be son, kept family line and would be my pension pot as he would provide for me in the future. Namely as sons inherited the land for farming daughters would not. Though the CCP abolished land ownership meaning this no longer mattered.

Such things are vanishing quick and China is modernising, such that it is the daughters who are the ones who look after the parents as they age. EVEN if they are married off to another family. It is like this in HK, the daughters all look after their mums and dads alongside the parents of their husband. The one child policy hasn't helped either meaning the shortage of women mean the women can pick and choose (up to a certain extent) rather than take anybody who is willing which is what the men have to do.

Another point is that parents are supposed to lend a hand in buying a home for their sons. The price of property in China today is horrendous and buying property for a son = a ruinous experience financially. Thus although tradition dictates men were more popular to have than daughters since the benefits of men (name pension and being able to toil in the fields) has largely vanished. There is a trend to move to want girls instead of boys.