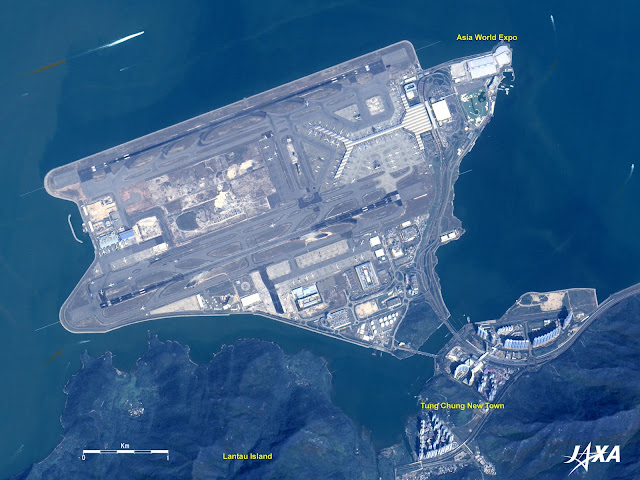 After seeing TCG's post on Kai Tak Airport, I thought Id combine my interest in aviation with a China related post.

Chek Lap Kok Hong Kong International Airport was built in 1998 to replace the overcrowded Kai Tak airfield. At the time, it was one of the worlds largest construction projects. There were plans for the airport since 1974, but construction did not begin until 1991. Hong Kong's lack of flat land made it difficult to find a location for a larger airport. So they decided to dredge the seafloor to expand the small island of Chek Lap Kok west of the city to accomidate a new airport. The entire project was expected to take 10-20 years to complete, but the construction was rushed due to the uncertain future of the project after the transfer of soviergnty to China.

Over 9.38 sq km of soil were dredged from the seafloor to create a 12.48 sq km flat piece of land to build the airport on. It actually increased Hong Kong's land area by 1%. The airport would have two parallel runways each 3,800 meters long (12,467 ft), 500 meters longer than Kai Tak, plus it allows most planes to land and take off over the South China Sea rather than the densely populated Kowloon, eliminating noise pollution and allowing it to run 24/7. 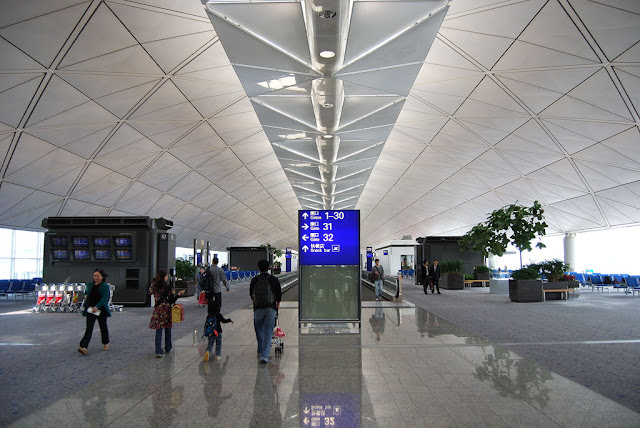 The terminal would be one of the worlds largest, 570,000 sq meters. It is built to withstand typhoons and its sides are made of glass that break in high winds to allow air to flow through and not rip the building apart. 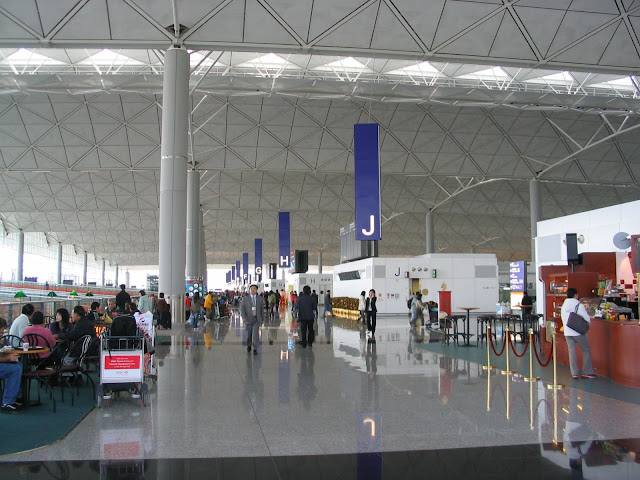 The entire airport cost US$2.5 billion dollars, one of the worlds most expensive construction projects.

Adjacent to the terminal is SkyCity, a huge complex composing of various shopping, dining, and entertainment venues. It has a 658 room hotel and a nine hole golf course. These amenities make Chek Lap Kok consistantly ranked as one of the worlds best airports.

For more extreme airports, check out my post here 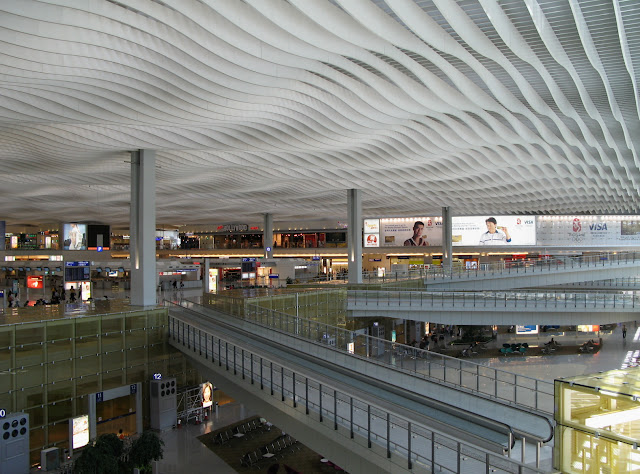