added by KaiWen
Many have heard of the infamous 1984 movie “Red Dawn”, were the Soviet Union and Allies in Latin America launch a full scale invasion of the United States and (presumably) start World War III. While a group of students from a small town in Washington form a guerilla army resistance group called the “Wolverines” and fight back. Well, Hollywood is at it again. And its not the Soviets this time. 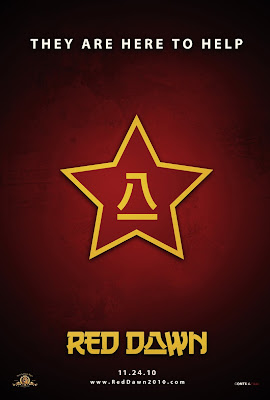 For those of you who are unfamiliar, that symbol is made of the Chinese characters for 8 (八) and 1 (一). It is the seal of the People’s Liberation Army. The numbers 8 and 1 signify the month and day the Chinese communist militia was organized; August 1st, 1927.

This remake of Red Dawn replaces the Soviets with Communist China. There is a huge amount of irony in this because in the original Red Dawn, the Chinese were on our side because the Soviets were invading them as well.

The Film is set to hit theaters November 24. There have been rumors that the film may be delayed due MGM’s short of funds, however it is still officially set for a November release.

There is no official trailer yet, but there is an unofficial news and information site for the movie here.

I do not know what to say about this film. On one hand I feel it will be downright epic, on the other hand I feel that this may just be capitalizing off of the average Westerners ignorance and uncertainty of China’s growing military and economic power.

China is obviously butthurt over this movie. Many of its state run newspapers have bashed the movie saying it portrays China negatively. There is no doubt it will be banned there.

But this film raises a much larger question; Would the US and China ever go to war?

In the near future? Highly unlikely.

Way down the road? Unless the regime collapses some other way, I see it as inevitable.

China and the US have major unresolved disputes that are not frequently discussed. Such as the manipulation of currency, human rights, Taiwan, Tibet, secret military spending, exploitation of third world countries, cyber terrorism, North Korea, the list is huge. But as in any situation were those on top (The US) become threatened by a rising underdog (China), there is eventually going to be conflict.

“The two toughest kids on the block, I guess...Sooner or later they gonna fight.”

Now before you go start investing in that bomb shelter, Id like to reiterate that a war of that scale is incredibly unlikely during our lifetime. If the war happened tomorrow, the US would certainly win, especially with back up from NATO and our 10,000 nuclear warheads FUCK YEAH!

Even if China wanted to invade, they wouldn’t even be able to get here, as they have no blue water navy. However, they do have over 300 Intercontinental Ballistic Missiles and nuclear warheads capable of destroying any city in the western world, as per this map. 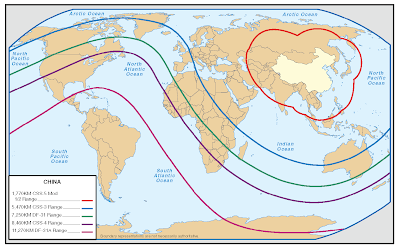 The relationship between the United States and China will decide the course of the 21st century. Just as our relationship with the Soviet Union defined the 20th century. There will be no war in the near future. But if China continues its aggressive expansion on the global stage and continues to build up its military, there is a chance that our grandchildren’s neighborhood may look something like this.