added by The Chinese guy
Dear TCG,
Who were the Three Sovereigns and the Five Emperors?

Short curt answer (ish) too busy to go into depth.

They were the first first leaders of Ancient say 2300BC China. They are similar to Jesus or Abraham for Jewdaism as founders of Chinese humans and culture. But rather than crediting it to one person they are spread to 3 people who 'amazing things happened to them'. I.e. much like Jesus they were born as mere mortals and a heavenly event occured which caused Chinese humans to evolve. It is sort of like the Chinese version of the creation stories, if you get what I mean. While Christianity says God created the world in 6 days and rest the 7th day... most people should be familiar with the drill. Let there be light etc.

Or some forms of Indian religion talk about a mountain and a snake (I forget which one) etc.

Kind of like the monolith in 2001 a Space Odyssey. 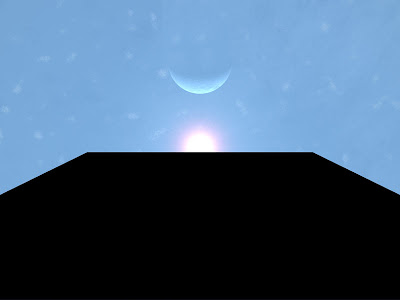 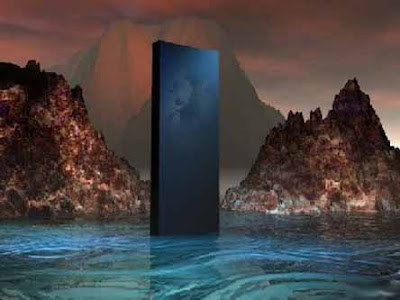 Fu Xi or 庖犧 was credited to inventor of writing, fishing and trapping. This represents culture and food. ~ hunting and gathering.

Nüwa 女媧; (wife of Fux Xi) is a different one as there are shed loads of myths spanning a very long time period she maintains the wall between heaven and earth. Sort of like the white bit in between oreo cookies. Without this everything would collapse. Depending on what you read her role varies as either creator of humans or just a repairer or a leader.

Shennong 神農; was a Korean who taught humans how to farm again if you read in any long human evolution history humans were first hunters and gatherers i.e. Fu Xi's role. They they settled down and moved into agriculture which was the first steps of humanity into civilisation.

The 5 emperors were um, off the top of my head (I have it in a book behind me but too busy to research it in depth)

Huang Di (黄帝) Zhuanxu(顓頊) . They were not real emperors as Qin Shihuang did not unify what is known as China for another 2000 years, but were famous tribal leaders. They were also Jesus type figures, normal humans capable of miracles (sometimes) though boasting and misquoting can often occur.

There is a bit in brave heart about this where William Wallace is rumoured to be inhuman and everybody is less than impressed when they see the real Wallace. However they were supposed to be perfect humans and models for all leaders to follow had perfect judgement and did everything correctly.

I reckon this is more propaganda than anything, much like Shingen Takeda who was a pretty brutal warlord, however he was smart enough to seal his legacy (not in conquering Japan) but by excellent branding.

Takeda Shingen was much more conventionally Japanese, he has a reputation as a law giver, and most of the charges against him are those of arrogance. His impact was perhaps more lasting than Oda Nobunga, and Tkeda left behind children who were quick to sing his praises, thus Takeda had a far better PR machine ti preserve his legacy. Takeda lived up to the image of the might Samurai Warrior and over all generates much better Buzz. Most accounts give him credit for brains as well as brawn.

Though killed by a sniper's bullet, Takeda was smart enough to pull an 'El Cid,' having his banner advanced as if he were still alive, thus squeezing out a final victory. Plus his death was seen as heroic unlike Oda's death which was seedy & 'disgusting.'
But what truly gives Takeda the edge was his Buddhism, his Civil Abilities and an over all savvy that Oda lacked; yes Takeda gave his family Hell, but those loyal to Takeda remained loyal after his death.

"In addition to his successful military endeavors, Shingen is well remembered for his sound civil administration and public works. His governance methods were so successful that they were later adopted by the Togugawa Shogunate. Some of the highlights of his rule included:

Gaining popular support and respect by applying criminal and civil law firmly and fairly; a novelty during an error when a provincial lord’s authority was absolute and potentially arbitrary.


Taxing his constituents based on innovative rate assessment and collection methods.


Completing one of the greatest civil engineering efforts of the 16th century by damming the Fuji River.


One characteristic that set Shingen Takeda apart from his rivals was that he was a master of branding. He chose Shingen, meaning compassionate eye, for his formal name in 1551 when he took Buddhist vows. His name choice, proclaimed Shingen’s ability to see all sides of an issue and to act fairly in the interest of all parties. While the formal name captured the domestic side of his persona, Shingen was also known by the unofficial nickname “The Tiger of Kai”. This branding was more appropriate for the image he wished to convey to his adversaries in neighboring provinces."

This is played out perfectly as in propaganda it is most important not to have anybody capable of contradicting your view of the world. Like Japan made a boob of recently. Same thing with Jesus in that there is nobody around to contradict what the bible says about him or his life. And things can be blown out of proportion or exaggerated to make it more impressive. An example of this is during the Chinese civil war about the 5 heroes. I forget the exact name of the battle but it is mentioned in Jung Chiang's Mao erm Ludong Bridge maybe, where 5 heroes captured the bridge. Without being hurt under machine gun fire.

Happens all the time like Wong Fei Hung 黃飛鴻 has many myths attributed to him people cannot contradict or deny.

Also Huo Yuanjia 霍元甲 who also has a ton of myths put around his real life, since they are long dead it is impossible to ascertain reality vs propaganda.