What is Feng Shui and how does it work?

Essentially the gib is supposed to be that you can improve energy flow of Chi by moving things around, the critical thing is have no sharp objects or edges pointing at you like ceiling lights and stuff like that. I mean it is just common sense right? In your car you have a steering wheel which does not have a sharp spike sticking out of it right? 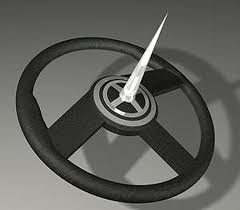 Though you know this would increase road safety so much, and it'd stop all my friends being killed while biking. 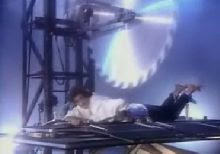 A really bad Feng Shui type of bed to have. Even if it is on sale.
However TCG's dad puts it much better, if it looks neat and tidy to the eye then it has good Fung Shui. I.e. if your home doesn't look like level 7 out of contra (in the UK we call this probotechor)

My personal belief is that it is semi psychosomatic. The mind being the most powerful organ in the body can change things psychologically.

It is one of those things people consult JUST in case. You know the kind, in the UK we've had loads of fuel shortages due to protesters blockading the refineries. You always get some smart arse who says we are all suckers for panic buying petrol.. When he himself gets home he goes and buys some petrol JUST in case he needs it. Or the people who don't believe in bad luck yet refuse to walk under ladders or take a baseball bat to a mirror.

Which is why it still has a place in modern day Chinese life. People consult such things just in case, as doing it and practicing it costs relatively little compared to the negative outcomes which can occur. In ALL Chinese villages you'll have a second hand tale about somebody not consulting a local shyster the feng Shui man and falling on hard luck.

Though Chinese people can be somewhat gullible, for instance there was a Taoist master who performed a complex ritual for a HK model to change her luck. Which involved sex some people have called fuckshui quite recently a few people in HK being tricked into buying perpetual motion machines. However considering 419 scams are still landing in my email boxes everyday there is a sucker born everyday.

Big buildings and such like also have such a master come take a look and give advice. I mean you're going to give him $2000HK or so, when your building is going to cost $100 million HK the $2000 is insignificant. 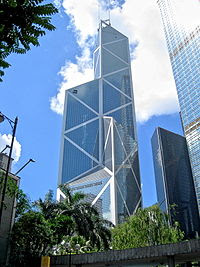 Hey man this building's gonna cost us $1billion US$, think we should pay off this bloke claiming to be a Feng Shui master his $10000 fee?


Ordinary people see this happening and copy them. As they must have done something right to become wealthy.

Follow the more successful thief and steal his ideas. - "The Book of Cataclysm"

On the other hand people can use it to extort the government too! In Hong Kong villages on Feng Shui grounds denied the HK government permission to build a radar system for HKG airport. What they really meant is we want bigger compensation packages for having a big radar system in our village. The HK government told them to get lost and decided to cancel it till 2015.


Though this is somewhat at odds with the generally held idea that in some areas of China that fortune and luck are what matter above hard work, qualifications and talent (TCG is writing a book in collaboration with others about this keep your eyes peeled).

What some clever so and so in the 1990s thought of was applying this to western cultures. In that hey look those Chinese folks tend to live longer than us. It must be something they do (forgetting stuff like diet, work and psychological support though in truth I think this generation of Chinese ants are going to die much younger than their parents and grandparents). And they built a whole industry around it selling books, advice etc.

In the UK such people are considered to be entertainers the UK government recognises them as entertainers because they need to buy entertainment permits before being allowed to 'practice'.

All of this changed a small superstition in Chinese society into a whole industry which gives out inconsistent advice and has no industry standards. Penn and Teller exposed this when they asked several people who were said to be masters and all of them gave inconsistent advice.

Therefore to me it is a mere curiosity and I take it like my dad says, as long as it looks neat to the eye it is good. Which works for me just find since I live like a bum and live under a big stack of papers everywhere for the work I do. But because there are no sharp edges it's A-OK!