added by The Chinese guy
Erm sorry I lost your email during a phone Internet wifi session. It asked something along the lines of:
Why do Chinese people age slower than westerners? In that my Chinese co-worker is 30 but he looks like he is 20 or younger. The women also look much younger and thinner too why is this? How come it is so difficult to tell the ages of Asian people?

However some comical reasons as to why this maybe:

It is a commie conspiracy, the great leap forward famine was done on purpose. To keep people thin. This lead to Europeans and Americans generally being overweight. This was exacerbated by the Communist party of China inventing incredibly fattening dishes which do not exist inside China. Things such as General Tsao's Chicken, Sweet and Sour dishes or even the notorious Kung Pao Chicken. Fortune cookies and anything you may find in a Chinese restaurant. Chinese people from China will think WTF is this stuff when they visit a Chinese restaurant in the westernised countries. Which why many Chinese from China avoid it because they are part of the conspiracy too. 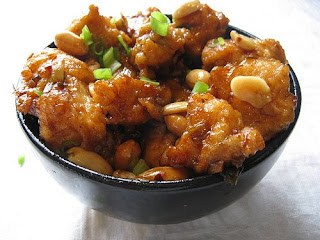 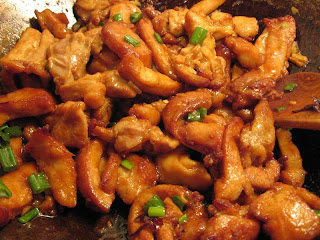 Chinese WMD
10000s of 'agents' were sent out from China in since the 1950s all over the world who have formed enclaves in big ones like New York, San Francisco and London. Smaller such enclaves also exist in Manchester and Paris. Today nearly every town has a CCP sanctioned hot food place which is designed specifically for this purpose.

The communist party in the 1960s and 1970s you see in the past only had AK47s. Which you'd be lucky to hit the side of a barn with. (TCG has actually fired one and emptied the clip in seconds wasting £20 in one go back when it was legal to shoot in the UK. Yes it was pretty reckless as I fired an AK when I was EIGHT). This meant that if China was ever invaded, the Chinese conscripts would have large targets to shoot at. Though even in 2010 they seem to be a bit dodgy.

While being thinner and smaller the Chinese infantry would be harder to hit. Mao however did not take this sort of advice though and the CCP did not foresee guided missiles and the invention of the segeway and infantry riding them into battle. And infantry fighting vehicles. 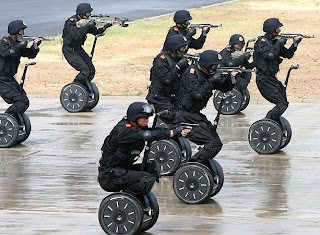 Try it visit China and ask for your favourite Chinese take away dish and watch the waiter gurn at you and pretend he's never heard of it. As such WMD are strictly controlled.


In seriousness though you are partly wrong Chinese men and women do get fat and old, it is just that many of them have the good sense to STAY OUT of the media unlike these British laddettes.

My aunt who lives in Fanling for example is about a metre wide and has no hair, though to be fair she did have a brain tumor and had to have open skull surgery 30 years ago.

Genetics play a part also there was a study ages ago where mice starved would live longer than well fed mice something similar to this is here. As I have mentioned in the past a few times China and the whole area is a place of starvation. Wars which caused people to be unable to work the land. Drought and dust bowl conditions occured in China. Which meant people all starved unintentionally and therefore selected their genes for longevity. My dad for instance will regularly complain, "Oh when I was a boy we were always hungry."

Additionally the culture is different families sit and eat dinner together and therefore home cook stuff rather than processed rubbish. Even in busy ass cities such as HK many people still cook at home. Mainland China based fast food is also different too. In Beijing people will have some melon on stick. Or their own version of fast food is different to Mc'ds. This restaurant I keep seeing them in Beijing. They serve the stuff Chinese families will eat at home, like steamed pak choi, steamed eggs rice, congee soup etc. While Chinese families will also forcibly medicate each other with soup and foul tasting tea even if there is nothing wrong with you. In westernised nations we only medicate when we are ill.

Finally Chinese people stay out of the sun, umbrellas appear when the sun comes out as they don't want sun tans. Sun tanning is exceptionally bad for your skin! It artificially ages it if you tan a lot by the time you are 40 you'll look 80!.

Oh and Chinese women don't smoke as much, all of the above, except maybe the commie conspiracy are reasons as to why.

We don't for example live forever and run around cutting each others heads off to absorb each other's quickening.

Though it is easy to mistake ME for an immortal though, I crash my bike at high speed and get up not a scratch on me. My mate does the same at 20mph and ends up in intensive care for months! Or the way strange way I've been mid 20s for the past 300 years... Ho hum...