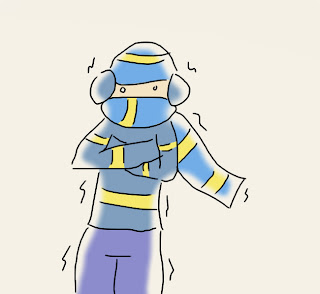 Meh apologies for the time it took to post this, TCG isn't home, TCG is shall we say somewhere elsewhere there are more important things going on for me to give much attentiveness to this blog. It's not as if there are queues round the block are there? Or as my dad says snake biscuits. (This is sort of a reference to coiled up nature of a snake I presume). Therefore I've been busy elsewhere pretending to be an American. Or rather the need to put on an American accent. US readers would probably pretty pissed off at my piss poor impression of an American accent. However this is pay back for all the shit British accents I see on American TV syndicated in the UK and HK.

This kinda pisses me off immensely as I stick 'like you know' and want to into wanna.... I feel so dirty doing this and the dirt doesn't wash off.

Anyway what the hell was the question?

Most Chinese people I know are very cold hearted, they are selfish self centred and act like robots. They will keep doing something without any feeling. Why is this is it because of communism? or just they way they are?

I have to say how many people have you met? Since what you are saying is a gross generalisation of things. If you talked
about Hong Kong people though you'd be right. My family is fragmented to buggery, some how though my dad still keeps in
touch. Bush may have been a twat. Call me strange but I don't believe he was as retarded as he made it out to be. It was an excellent ploy which disarmed many people's hostility. It is like the touts on Nathan Road, there are two schools of thought where you get the traditional ones.

The smarter ones will ask you for directions, or will sleaze you by asking for change, and then they will mention it in passing
Christians do this a lot in the UK. You'd be minding your own business and they would come up to you and talk to you about something completely unrelated. This might be the T-shirt you wore or something. But this would dis-arm you massively. Similar to how Hare Krishna's give you a wilted flower and demand money from you.

Subsequently TCG is completely indistinct in dress and blends in everywhere. Where was I? Yes you might be right about people in Hong Kong. I've seen the horrors of HK cold selfish people. For example in my OWN circles an auntie (everybody
is an auntie or uncle TCG does not respect this though) They are purposely waiting for somebody to die to gain their inheritance. Joke is on them though as her bank account has no money in it. Because an even more evil uncle got power of attorney over her years ago and emptied the bank account. He was most insulted when I called him a fucking cunt.

Heh my real uncles even tried to steal my dad's house more than once by having a contract written out in French, he nearly signed the damned thing. Fortunately they teach us how to read and speak French in the UK. I do not know why my dad still talks to his brother these days, as said with Bush. Fool me once shame on you fool me twice shame on me!

What I am saying is that there are people of all kinds, you get good people, ambitious people, and people who are content and indifferent. Of course HK examples above the same applies to this too whereby I've made a gross generalisation due to my own personal experiences. However there is some weight behind your generalisation though. For instance.

Where they tried to give out free hugs to people. TCG even in the UK does not accept free hugs; due to expert pick pockets who dip you. The worst feckers are old people who pretend to fall over, you run to catch them and you get dipped. As nobody wants them.


Anyway what I think it is, is simply that there is both a sense of decorum to be followed in each and every social situation. Also that I have noticed anyway a sense of insecurity around. Anybody who has read Sun Tzu will know about this.

In that people tend to look for your weaknesses and therefore show little emotion and therefore give little away, even inside families this is similar where much feeling is unspoken. This has probably stemmed form the fact Chinese culture has never had much for the average man and woman for the past 2000 years. Therefore people tend to look after their own above all others and reduce their vulnerabilities by giving an impression of coldness. Still this is just my opinion though. And my opinion may well be wrong as I'm certain people will tell me.