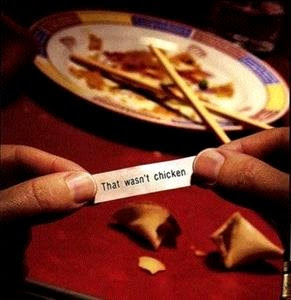 Wait this is one of those questions you always get in quizzes, much like when people ask who invented peanut butter many people will say George Washington Carver. Its a bit of a trick question.


Since I am a store of useless information and thus deadly useful in quizzes. Something I paid a huuuge price for in my youth. As being the smart kid always got me beaten up all of the time. Boy did I hate school because of the beatings I received. My nose has been put back so many times. It was always after school too so you would stew horribly. Which would build up an incredible anticipatory period in which to shit yourself. There were often hours between finding out you would get the shit kicked out of you and the actual event which always made it worked. You'd think bugger me am I going to have to get my nose put back again? You have to wait all day and be consumed by thoughts of exceptional pain and a life in a wheel chair. Ok so in reality your opponent of the gang who kicked the shit out of me were piss weak fighters.....

Excuse me for that rather wild tangent.


But there are lots of legends from Buddhist priests wanting to give good look to people.
To secret messages during the many civil wars in China.

But it was either Hagiwara a Japanese guy or a Hong Kong guy called Jung or another Japanese guy called Kito. Since they are rather easy to copy unlike say a Jet engine whereby two people co-invented it um Hans Von Ohain and Frank Whittle. It is disputed. As to who invented fortune cookies. But they are most definitely an invention of the migrants to the USA.

Thus are not seen in Asia..... well no in 2009 a shop did start to sell them in HK. I remember the reaction of my uncle who had a bite and had.... shall we say lots of unpleasant things with diu in it as he did not realise there was paper inside.

They are served at restaurants as a gimmick probably, but only westernised ones and even then not all of them. I sometimes give a helping hand to friends (it sucks having Chinese friends who work in hot food as they never have any time off so I go visit them instead).

As to who writes the messages, it is sick sacks of shit. The last batch of cookies I handled back in 2007 had nasty messages inside. Not things which said you'll die a horrible painful death. No worse it was vague kinds of things which undermined your confidence or introduced self doubt into your psyche. It was stuff like:

You're (sic) relationship is on rocky ground.
They're (sic) will have a round of redundancies at your work place.
You have something growing inside you.
It wasn't mistranslation it was just being cruel, I suppose the factory workers in their shit jobs on the production line probably decided to liven up their day, but these went beyond the pale. Either that or they misheard me when I was drunk off my ass. After talking about sex, ranting and shit I always have an incredibly imaginative moment whereby I can think of clever things kind. Kind of like the madengineer here

One of my common rants since 1995 have been making a line of misfortune cookies which have negative outcomes not as bad as above just nasty stuff like you smell horrible etc. (Oh come on I thought of this in 1995 when I was thinking about the girl next door). In fact since some people are nasty pieces of work how about a range of hell lee see? Sure sure you can make them pretty easily, but people are lazy. I often see in the mornings people get into the car to go 150 metres to buy a newspaper.

I mean we have machines which negative the need for us to walk like the Segeway..... 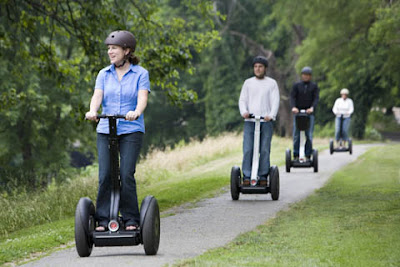 Interestingly Mongolian cops tend to use them a lot I saw loads of them around Sukebator Square in Ulan Bator. Though the cops would race them around for fun. More lazy inventions here