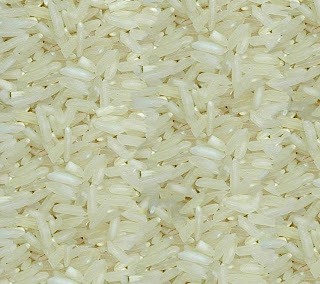 Reading your blog and visiting Beijing I was surprised that Chinese people don't all eat rice. Where does this myth come from that all Chinese people eat rice?

I'm not exactly sure where this myth came from tbh. However I have some good theories about this about why westerners tend to view that Chinese people eat rice when really they don't. Wheat oats and potatoes are mostly eaten in the north. Although rice does grow in the northern bits it is inefficient. Probably why rice is so rare in Korea and Koreans quite like some well cooked rice..... TCG can barely taste anything these days, but apparently rice has different tastes to it.... I don't taste any difference even though you get bags of the stuff labelled Jasmin or fragrant rice. Though they grow shorter grain varieties in Japan and Korea. Anyhow rice doesn't really do much for me, it has no specific flavor I enjoy and to me it is just a filler material. TCG likes everything on this list 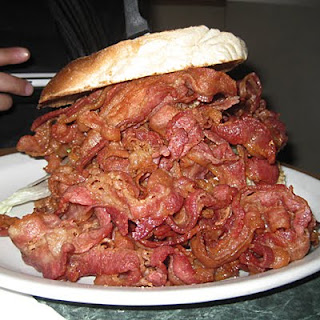 A light afternoon snack for TCG, I mean look at it a whole pig maybe two had to die to make this burger! 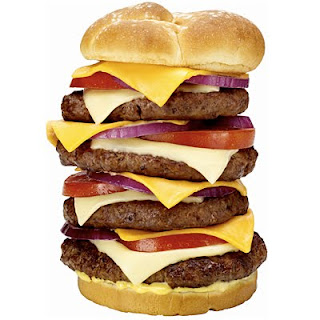 A whole cow had to die to make this. While a big ass bowl of rice does not have the same effect, as sticking two pieces of bread on each side of a cow and calling it a burger.

A rather big burger

The double pounder. I mean think about it, with a colossal burger found in the USA Verde's Dies Irae is completely appropriate to demonstrate the sheer size of the thing. The same can't be said about a massive bowl of rice.


Note TCG advises consumption is moderation and TCG only weighs a pissy 11stone anyway and thus does not consume such foods on a daily basis.

Chinese people who migrated overseas, there was a huge wave of Chinese from the south, these people ate rice. They went overseas and they ate rice there (though my dad mostly eats bread because he is obsessed with sandwiches). So when they opened up their take out places they too served rice. People made a connection ah Chinese people must all eat rice. A little like the impression many Europeans get of British people that we are all drunks and yobbos. Namely because many tourist destinations are filled to the brim with British drunken louts like Ibiza. This is exemplified by the southern Hakka and Cantonese, lets eat said before eating is literally eat rice.

In that the Qing were a weak dynasty and they were ganged by loads of countries regularly who wanted to open up exploitation of new realms, that old gig. If you look at my maps which I forget where I got them from. Most of the opened up major coastal ports are in the central and southern regions. These regions are generally much wetter than the north and thus better suited to growing rice rather than wheat, oats or potatoes. That is not to say rice doesn't grow in the north it does but it takes more effort and the north is drier than the south. Though advanced irrigation means this is no longer the case such as the south north water project 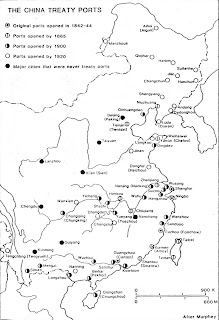 Thirdly a lot of Chinese culture from South i.e. Hong Kong has appeared overseas. In which features Chinese people eating and thus rice.

Opps substituted rice for bullets there

That's my theory anyway, but this is changing as Chinese people grow richer this food stuff is starting to appear everywhere. Quite conveniently for the Americans a hell of a lot of rice is grown in the USA.