added by The Chinese guy
CNY series.
Since I wasn't even editor last year here is a day by day run down of CNY according to how Chinese Chinese do it, i.e. people who live in China. People who live overseas, like me and my sister tend to not do many of these things. But hey even Christmas to the Christians is seriously devalued... I mean how many Christians (in the UK as I do not know about the USA) actually go to Church? Heh Sundays are shopping days now and it seems Church is the ubiquitous mall. I will probably maybe run a series on Westernised Chinese new year so you can compare and contrast the difference (it will be a short post!)

The week before CNY (i.e. NOW since this year CNY falls on the 3rd of Feb)

Already millions of migrant workers in China have gone off home. Although the people who own the factories would much like the workers to keep on working the CCP does not look kindly on this. Thus right now and a few days ago there is a mad rush to get on the trains. Long range sleeper buses, or on your motorbikes to go home to your village where you were born.

This means you spend the week before complaining in the ticket offices of wherever it is you are working demanding a ticket to go home. 2008 China turned into an ice ball and nobody could get home there were massive crowds of people camping out in the train stations unable to get anywhere.


Once they get home they clean their homes. To the southerners this is uber important, (clean what's cleaning, TCG has not washed his motorbike in 4 years it has a protective layer of crud covering it). This is one of those superstitions again in that if you've had a shitty year you clean away the bad luck of the old year. Which hopefully means good luck takes it's place.

Do you feel lucky punk do you? 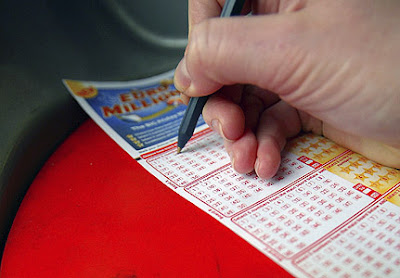 If you really really want to go the whole hog, you paint your door frames and window frames red also. Not quite like this 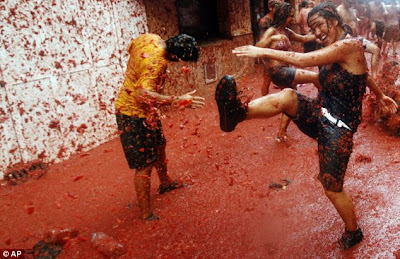 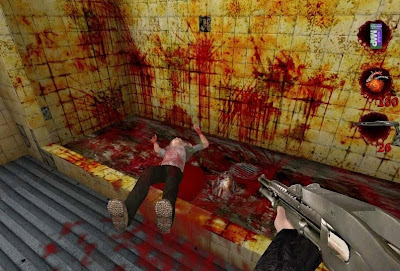 You then put around paper gods, lanterns and decor all red of course around your home. You then treat yourself to some new clothes, shoes and a hair cut. TCG again had a hard time about this because quite simply I used to have long hair and managed to get out of cutting it for nearly a decade. Chikan fingers (warning potentially offensive) were a problem though.
In Chinese homes in China also you get little altars and statues of the gods of longetivity, wealth and erm.... knowledge. In cleaning you remove all of the decor from last year and burn it and replace them with new often red decorations. IIRC it is sort of like a telegram to Santa. Whereby in burning the old stuff the gods are informed of your good deeds. Much like leaving out cookies /cocaine/vodka out for Santa, it can act as a bribe.