Um the Koreans call it Korean new year I think. Anyway it's not really Chinese new year its more Spring festival 春節. I'd guess everybody calls it Chinese new year quite simply because there are shit loads of Chinese people all over the planet. 1 in 5 people are Chinese Han people.

As a people we have spread far and wide. Thus have managed to embed ourselves into each and every society on the planet. I was pretty damned surprised to see Han Chinese in Azerbaijan (just after I was mugged). Also in Bojourmi in Georgia (Tbilisi).

While the other people from Asia the Koreans, Vietnamese, Bhutanese simply are completely outweighed by our sheer numbers. Sure sure lots of Koreans move overseas. Apparently LA has lots of Korean cornershops. But they have a population of 48 million compared to 400 million (since the 1950s) and 1.3bn today.

A simple example is the UK. The UK has many large China towns. Liverpool has a big one 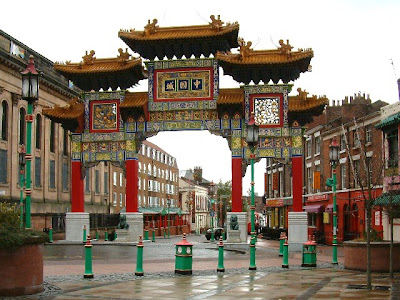 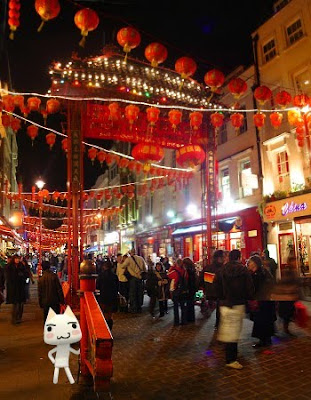 London has a China town (c) 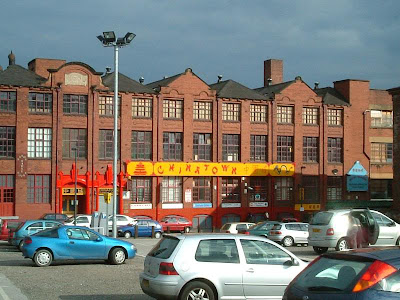 Leeds has one (c) (it's rather small and doesn't have an imperial gate)
So does Manchester, and Birmingham, and Nottingham and various other smaller incarnations of China town. These are more like clustered together restaurants and shops tbh.

Why lets compare to say the Koreans. This here doesn't even make a footnote of there being a Korea town in the UK. Though there is a Korea town in the UK, it is in New Malvern. I've been there and didn't even realise it was Korea town. I wondered why people were calling me an arse regularly (they were saying Anyeonghasseyeo) which TCG being the ignorant twunk he is thought they were saying you arsehole! (We were all young once eh)

I can't even find a picture to link to the London Korea town. The Vietnamese, the Bhutanese are even smaller in population than Korea and thus are outweighed completely by the Chinese version of it.