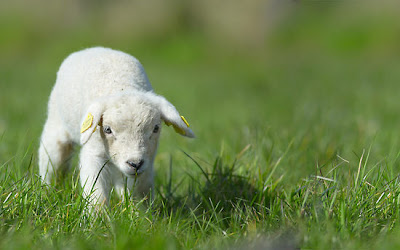 I have a question why is it that Chinese people love to gamble?

I wouldn't say all Chinese people like to gamble, though I actually gamble but not with money more with my existence due to a like of dangerous hobbies.

However there is a general stereotype about Chinese people who like to gamble. For instance play just the sound track to the film God of Gamblers (which spawned many many sequels) and many people will instantly recognise the tune.

Also up and down the land (UK) in casinos you will see disproportionately a large number of Chinese people there. Hell on the Russian Chinese border I saw lots of Casinos (Casinos in Mainland China are illegal) which I guess were to cater for the Chinese people to come over the border. Generally as there was nothing for miles and miles to either side of the casino.

North Korea even has a couple of special zones which cater exclusively for the Chinese on the other side of the border.

Also through my growing up birthdays of myself, my cousins etc were mere pretexts, extremely thin pretexts just to start playing Mahjong. In doing so gamble money lots of it (seriously never play Mahjong too many cheating cnuts and the friendly games of the past playing for peanuts literal peanuts no longer happen. People WANT to take your shirt). They'd bring out the cake sing happy birthday for a minute cut it then the convenient table in the backs of their cars would come into the house and the constant clack clack of the tiles would be heard.

However its a generalisation and stereotype, but you know the old saying always a grain of truth in stereotypes. The love to gamble I've seen is restricted to the migrants of the 60s and 70s. A big reason for this is that gambling is sociable, much like drinking in the UK, people go to the pub not just to drnk but to socialise. Back in the day the Chinese community was (and is) very small, with very limited language skills making friends with the natives was hard. Relating to them and joining in their activities (especially when they had a tendency to attempt to kick the shit out of you on a regular basis). So many out of boredom decided to gamble. I mean it is something which is easy to do requires little skill. It can also provide a thrill if you win.

Other reasons off my head are:

Firstly our old friend face..... face is uber important, when you don't turn up to gamble in Mahjong's people will take the piss and say nasty things. Like, "oh she poor, she will lose face,so she will turn up even though she didn't have money." bastards.....

Secondly it is a social thing, as above. You can have a read of the book Joy Luck club, the women in this book gamble with each other. The primary motivation isn't to gamble but to get together to gossip and talk about their lives.

Thus it is a combination of having money burning a hole in your pocket, it being a social activity whereby other Chinese people will congregate and that there was little to do. So they spent their money doing this instead.