added by The Chinese guy
As a runner to the previous post, btw Manchester airport is possibly the most depressing place on earth to return to after a spell overseas of which I returned slightly empty handed. For those of you who know me the hiring season is actually closer to March rather than September. Though some of the interviews were things I didn't want to do, sell my soul to a bank? Work as a tax expert in China? Nooo. I'm in remission already... I want to do other things. No matter I have some other things on the boil in the meantime.Though not to worry as it wasn't a case of never ever ever ever but it was the case of well you've come at the wrong time and get some more experience. At least I won't have to listen to nasty Hkers bitch about how they are scared about their slaves Filipino house maids are are paid 50p an hour. Because of the Philippines incident. Get over it! It was just one rather upset person with a gun.

Anyway back to the topic at hand.

Actually no... although the CCP and Chinese may hate me for this, especially those Chinazis. Chinese Nazi types who keep sending me hate mail and videos which show Chinese military exercises launching missiles and military parades similar to DPRK type parades. I especially hate those who constantly say China has more people, so fucking what?

That's what H bombs were invented for....

I have to say this is false... a person like my dad would say but who are you to say these things? For those of you of HPC my dad thinks Gordon Brown is an economic genius. He thinks I'm lying when I tell him he only has a history degree. But this simply means I have no vested interest.

China's rise to power is actually very temporary, as they depend too heavily on exports, if the USA and Europe are broke then they too will suffer. For starters much of the stuff they make there simply isn't a market for. Christmas crackers for instance usually contain some cheapo plastic toy, Chinese people won't buy that kind of shit. You have to think what goes through the mind of somebody working in a plant in China making plastic chocolate water guns.... Or even things like knives... having known an immense number of Chinese chefs all of them tend to use a single blade a clever type thing. While I actually prefer a smaller ceramic knife for kitchen work.

Anyway if they self consume their own goods they cause ultra inflation which cuts off their competitive edge, inflation is bad m'kay? No matter what economists say inflation is bad! If it wasn't then Zimbabwe would be the wealthiest country in the world. People demand more money just to live and you cannot hide it forever. The UK has been hiding inflation for ages but people are growing savvy of it.

There is also a massive problem China in that China is hitting a very hard well defined limit. They maybe a manufacturing powerhouse, but this has limits since their advantage is cheap labour and maybe economies of scale.

Ages and ages ago I was lectured by an economics professor, where they had a capital vs labor debate. It was shall we spend money on machines or shall we spend money on wages instead? The modern corruption of capitalism has been changed to this, as the kleptocracy has resulted in little investment just moving to lower wage countries.

The problem with hand manufacture even though it can be pretty damned awesome and fast such as:

Hand manufacture has some pretty low limits. Ever broken a phone? Look inside and just look at how close some of those soldering things are, it is pretty close but eventually it will become so close the human hand and eye even aided with specialised machines can't do it. I can just about solder bits inside my EEEPC901 JUST!. Thing is technology marches on endlessly, for example a 1980s 'mobile phone' compared to a modern mobile phone. This trend is set to continue things getting smaller and more compact and more feature packed. Whereby it is simply impossible for a human hand to manipulate it. A current example 16/09/2010 (in case somebody cites this in the future) is a CPU chip the transistors are so close together at 45nm you have to get a robot to make it for you. Sure sure Intel has a plant in Pudong China (or used to) 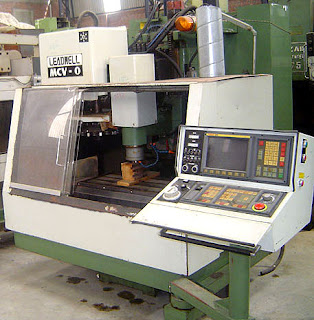 Factories with CNC type machines can produce high precision things. But this too has a limit to it, therefore you have to turn to robots for even higher precision stuff. Motorbikes from Germany and Japan have such tight tolerances in engineering you have to use a computerised robot to make it.

Now think about our westernised economies, whereby jobs have vanished due to automation. Flight engineers have vanished completely from aircraft due to advances in software and automation. This has causes swaths of unemployment, a traditional economist will start to say to me:

Whereby when a process if automated and productivity is increased this will be reflected in lower prices and therefore increased demand.. Also that new jobs will always be created for these unemployed. I say nay... just because it happened in the past does not mean it will happen indefinitely.

Even banks say this, "Past performance is not an indicator of future performance" for investments.

The mining towns outside London in the UK have high unemployment where jobs simply never came back where unemployment at 20-40% is normal and has been normal for decades. Martin Ford discusses it here. Simply man can currently outrun machine.

But if China goes automated then there is a bloody big problem all those 100000s of factory workers are out of jobs across the board, sure some may move into accountancy law etc but will these industries create enough jobs to absorb the army of unemployed this will cause in China?

Korea for example has a massively competitive workforce and there are many angry young men, 100000s of angry young men with no jobs are dangerous politically. This might lead to a war situation as Kaiwen tends to postulate now and again.

Unless the CCP manages to manage this incredibly carefully they will hit the decline stage western economies are at pretty damned quickly.


Some thoughts are better explained at Martin Ford's site

Also his free ebook Lights in the tunnel