added by The Chinese guy
dear Chinese and Korean dudes,


in 2007 a French firm Valeo filed a lawsuit against a Chinese intern because she possessed confidential documents at her house.

Renault is now filing a lawsuit against three top executives who are accused of selling confidential informations about an electric car projet. it was recently discovered that those executives actually work for a concurrent Chinese firm. i couldn't explain why, but Valeo and Renault are related (outsourcing ?), so it feels like Renault has been attacked twice by spies. also, i know that Renault has a strong partnership with Nissan from Japan, but it is off topic.

Renault is such a national pride that this spy story has been being such a hot topic. it is like Renault is crying for the government's protection against those nasty, nasty Asian firms that don't respect the rules. the government is even telling the people that this is a war. (http://www.english.rfi.fr/france/20110106-french-authorities-wary-after-renault-spy-scandal)

when they try to explain the situation on television, French experts tend to highlight a certain Asian business culture. Asian people are said to have a persistent tendency to copy and steal, officially for economic reasons (it is cheaper and requires less time than investing in research and development like Renault-Nissan did, damn it). Since those French experts, when they talk about Asia, actually refer to China, Japan and maybe Korea, i would like to have your thoughts about this cliché and this affaire. can you dangerous Asian people only copy and steal from us European folks ? do you see a war between East-Asian and EU countries ?

thank you for your great blogs !

I think this story is quite funny tbh, there is an old English expression where they say, pot kettle and black. My dad prefers the expression roughly translated as stinky foxes don't realise their own tails smell bad.

Namely because of this story a few days ago.

Where FRANCE, not Russia, Not China or Korea were the number #1 nation for stealing industrial secrets from other countries. That's not to say China does not steal secrets. I know and you know and the whole world knows China does not respect intellectual property. China' and intellectual property are best described by this old 1980s song by Ultravox.

This is hardly anything new though, and it is fairly widespread across Asia so there is truth in the allegations which these people on the news make.

Copying from each other is pretty normal and if it didn't happen I'd be surprised. A major example of this is the Japanese motorcycle industry. The ENTIRE Japanese bike industry is copied off British technology. Small engineering firms invented the twin spar frames. Japanese companies copied it. Even European companies copy off each other. Norman Hossack is the father of the separated bike steering/braking suspension system BMW copied it.

More obvious examples for instance have a look at an early Toyota Celica. 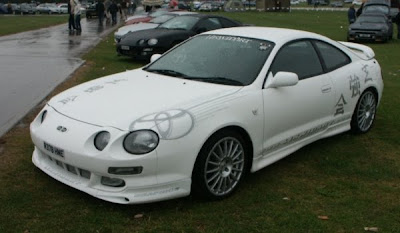 Have a look at a Hyundai Coupe 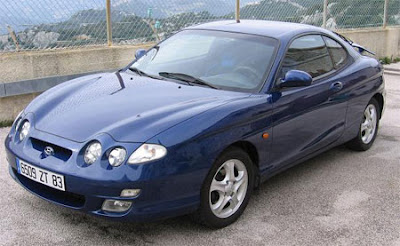 Or a Kia Forte vs the Honda Civic

Btw I can confirm the Japanese cars the Celica and the Honda civic are excellent cars. The Korean cars are super reliable but they are extremely under powered and the interiors are nasty like a 1980s porno type nasty. You can read about it more in depth here. More examples on this page, the Hyundai Sonata which all the cabbies in Seoul seem to drive is similarly nasty. While the Honda accord which I've driven as a rental car a few times is not a bad car. This is nothing to do with nationalism, it is to do with my own opinions. Hell I used to quite like the Ford Capri (it is a disappointing car to drive and is like a Cadillac in terms of handling.

In one way this is good for Chinese firms as they do not have to plough in $$$$$$$ into research and development. On the other hand this means their research and development is limited. There is also no general benefit of self innovation because others will merely copy your advances pretty damned quickly. Thus nobody bothers to innovate which means much industry in China is stagnating and merely immitating.

Another example is that the Russians are extremely suspicious of selling advanced weapons to China these days. The Mig21 given by the USSR to China was the baseline root of the Chinese technology tree (aided by an Israeli defence industry company). Which is why the Russians won't sell the Su27 to China because they fear the technology will be copied.

In fact the J20 which has been recently doing the rounds looks a lot like the F-22 which Obama has refused to order more of.

It also looks a bit like the Sukoi Pak 50

It's almost like the F-22 spotted the PAK50 across a crowded night club dance floor and both were really really drunk. They woke up in bed and felt really awkward and vowed never to speak about it again. 9 months later the J-20 was born.

Kinda... However then again there may only be a few kinds of stealth shapes that exist on the planet. Much like cars are low at the front and bubble up for the cabin. I simply don't know, though before the flight test many said it was a cardboard mock up. Much like Jasper Maskelyne In WWII he built an enormous number of fake tanks all over the desert tricking Erwin Rommel into thinking the British had a massive tank army.

Partnerships as you describe with the Nissan-Renault partnership are also incredibly dangerous for the established company as well. Even if they don't steal and they instead use other people's engines there is a danger they'll learn how to build these things themselves. Hyundai is a great example, they entered into a partnership with Ford or was it GM. They bought old engines 2-3 generations behind those of the latest Ford cars. Ford made lots of money on this selling junk to the Koreans. This is probably why almost all 1980s and 1990s Hyundais, Kias and Daewoo Ssyongang (Daewoo and Ssyongang died a horrible death in Europe about 5 years ago). Were horrendous in quality. You looked at them too hard and they would self destruct. However Hyundai improved their game in the mid 1990s and learnt how to build their own engines and copy Japanese styling. They have teething problems in regards to their reputation. This is why they need to advertise a 7 year warranty on their cars. People who bought Hyundai in the 1980s and early 1990s were hugely disappointed. Fast forward 10 years and Ford is now on the ropes. Hyundai is now stalking Toyota to become a massive car manufacturer.

In regards to war, do you mean economic war or war war?

I'll address both issues. War war not a chance, both powers are nuclear powers. China has about 160 nuclear missiles France has about 202 nuclear missiles. But nobody bar General Mcarthur of Korean war fame is mad enough to throw nuclear bombs about in war. Also neither country has the ability to project any sort of power. China has one carrier which is to be launched later this year. France has a nuclear carrier the Charles De Gaule. Stalemate. China also has a lot of aces. Quite simply Europe is completely broke. The Euro is dying a slow horrible death and the economies of Europe are on the ropes.

China's economy isn't exactly doing well either because their main customers the USA (Walmart) and Europe are also on the ropes. But it is doing a hell of a lot better than Europe even though this may not last.

It's already happening and has been going on for a long time, though French people are a tad more Nationalistic than British people. When ever I go to France they all seem to drive French cars or the odd German car. In the UK we don't drive UK made cars we drive German, Japanese, French namely because we don't mass produce cars anymore. As said I've been to France plenty of times and looking around a lot of stuff in France in the Carrefour and Leclerc super markets (except for the food and wine) are made in China.

So economic war is already being waged.

However as above shouting and stomping your feet that people are stealing your ideas when you yourself steal ideas is pretty childish! It's a bit like this silly cow! Helene Hegemann who copied and pasted her book from another bloke then had the gall to deny it. Then she posted on twitter that she'd sue anybody who copied HER book. Funny eh?

But back on topic if anybody has the right to complain it is the Germans who suffer from this industrial espionage. Germans always seem to engineer great stuff. Which is probably why the USSR and the USA grabbed as many German scientists as possible in the post WWII period.