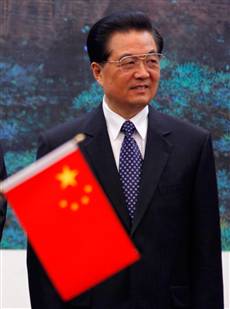 Chinese President Hu Jintao will be making a special visit to the White House later this week, and they will be rolling out the red carpet for him. With two state dinners, a state lunch with Biden, and a meeting with American CEO's over entering China's markets.

It will be Obama's first state visit by the Chinese President and it will be interesting to see what kind of dialogue will be exchanged. Obama was hammered for not being more assertive towards China during his visit there in 2009 and during the G8 summit. Diplomatically, America has been China's bitch lately. The US government has so far failed to get China to budge on its undervalued currency or lack of transparency. They also pretty much stuck a big middle finger in our faces by unveiling a new stealth fighter while Robert Gates was there to get them be more open about their military operations (even though many of the J-20's parts are American).

Most of Obama's administration officials have said to the press that they tend to be more assertive this time around although this may just lead to more finger pointing as Hu said in an interview with American newspapers that he wants the US to end the "cold war mentality" of the relationship. It will be interesting to see how this visit goes and what kind of (if any) progress is made. No matter how it goes, I sense that a new Cold War is going to start soon. 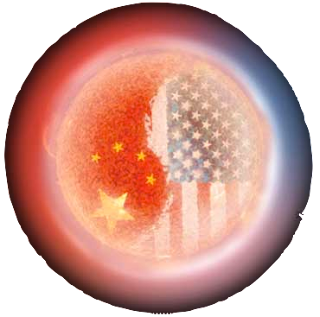 In the meantime, China's State Council Information Office will be broadcasting ads on American TV to boost China's image as a soft power. It will feature various Chinese celebrities such as Jackie Chan, Yao Ming and Chinese astronaut Yang Liwei. I will definitely post it here as soon as I can.

China trying to boost its image in America? Where have I seen that before? 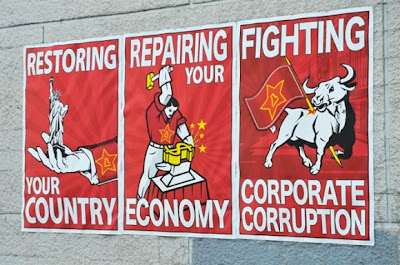 Gee, I wonder if Hu will be staying in the White House China Room?