Say No to Mandarin!

There is a war of words occurring in China. Literally. Since the PRC’s founding, the communist party has been pushing the country to adopt Putonghua (common speech) as a way to promote national unity. Putonghua is the establishment of adopting Beijing Mandarin as a lingua franca for all Chinese. While over 53% of Chinese already speak Mandarin natively, half of 1.3 billion people is still a lot. As a way to push Putonghua, the PRC government has banned using any dialect other than Mandarin in all television broadcasts, with the exception of Cantonese and Wu (Shanghainese) as they are the largest of the minority dialects. Non-Mandarin dialects are also discouraged in the public education system. Students can have their grades penalized for using Cantonese or other dialects. 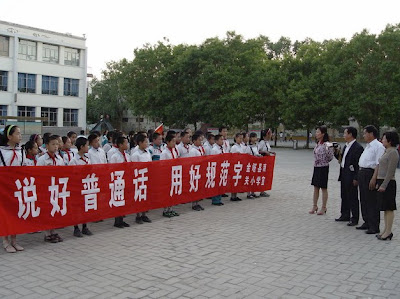 Recently, the people of Guangzhou took to the streets under rumors that their TV broadcasts would mandate Mandarin. Many feel that the government is trying to replace all other dialects with Mandarin and that it will lead to a loss of identity. 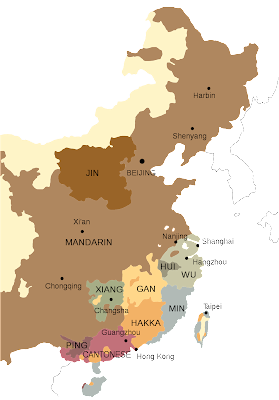 While I agree that a national language is crucial for a strong unified nation, a national dialect is a little more of a hairy issue. In a country as vast and diverse as China, it becomes even more complex. In Imperial China, people rarely ventured far from their home villages (except for the Beijing bureaucrats). This resulted in thousands of dialects in different pockets all over China. It wasn’t unusual for the town over the mountain to speak another dialect. Ever since the Ming Dynasty, the government has tried to implement Beijing Mandarin as a national dialect. From then to the present day, it has been mostly successful. 53% of China speaks some accent of Mandarin but it took over 700 years. In the southeast of China, the mountainous terrain had isolated most communities from these national language efforts until modern times. As a result, lands from Shanghai to Guangxi still hold on to these pocket dialects, and they have firmly resisted Putonghua.