Why does Taiwanese run Foxconn make headlines while Chinese run Huawei didn't?
Foxconn :10 suicides and 2 attempted suicides out of a workforce of 300,000 and there are calls for boycotts as quoted by the China daily.

"Then on 6 March 2008, a Huawei employee jumped to his death from the third floor of the company cafeteria. He was the sixth Huawei employee to have committed suicide or die in mysterious circumstances in the previous two years."

Why is Foxconn being singled out for unfair treatment, is it because the owner is a foreigner and that the company has links with a rich overseas company? Is this part of the blame others culture in China?

The inconsistency of the approach is many fold

#1 Foxconn produces stuff which is incredibly high end and is bought for style conscious hip people, such companies like Apple like to put out an image which shows them in a great whiter than white sort of light. You know the buzz words companies use, ethically sourced goods, environmentally friendly, no use of child labour, no use of slave labour etc. 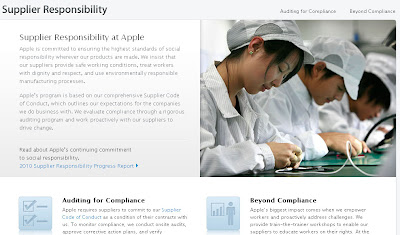 Apple admitted to using child labour or rather companies which use child labour. Ironically again at Foxconn, did apple terminate its contract with Foxconn? Did it hell!

This aside from all the other buzz words people use I believe HD is the one currently all the rage, they put fucking HD on everything, I believe I even saw it on a printing service recently. Much like Tony Blair the prime minister of the UK till 2007, in 1997 he claimed his government would be whiter than white, it wasn't it was pretty corrupt.

No we didn't we are a corrupt sweat shop, which kills the argument immediately.

#2 There are some deeper issues too.


#2.1 Foxconn is Taiwanese founded the top tier management is all Taiwanese who have little love or care for their Chinese brothers.


#2.2
The attack on Foxconn for the recent suicides could be a strategy that CCP is employing in order to allow the CCP to get its fingers in the pie at Foxconn.

Huawei in contrast it has some ties with the Chinese Communist Party. Ren Zhengfei, not perfect ties as he was considered a KMT sympathiser but never the less was stiill able to attain a high support rank in the PLA It doesn't make any sense to attack our own family member who is helping us technologically in the economic wars going on.

#3 A Anecdotal is Huawei is known to pay 3-4 times the amount Foxconn pays.