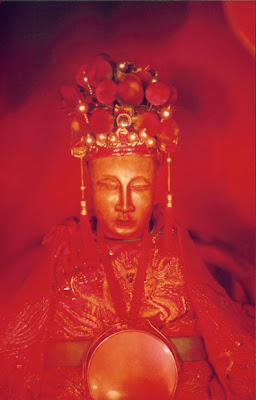 21st of May today is Tam Kung's (譚公,) birthday, celebrated in Hong Kong anyway, however this is NOT a public holiday so no rest for the wicked.
He is the god/patron saint of fishermen, since I am not descended from a fisherman's family I don't celebrate this.

In Chinese folk legends, Tam Kung was one of gods who could forecast the weather. He was born in Huizhou Prefecture. It was said that he could cure patients in his childhood. Tam Kung became an immortal in heaven at the age of twenty in the Nine-dragon Mountain in Huizhou.

He was granted an honour in the Qing Dynasty. People whose ancestral home are in Huizhou or Chaoshan of Guangdong province worship Tam Kung most sincerely. They built a temple for Tam Kung in A Kung Ngam. On Tam Kung's birthday on the 8th day of the 4th month in Chinese calendar, a special ceremony including parade and dragon dance is held in honor of him.

Here are a couple of pictures of the inside of his temple. 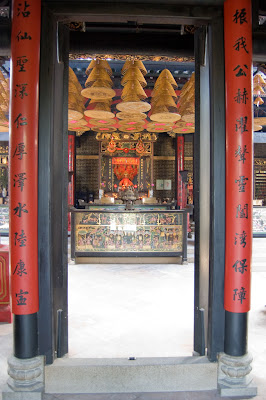 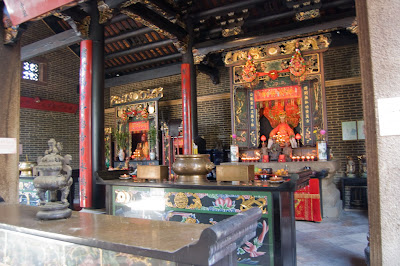