Iphone to die for? 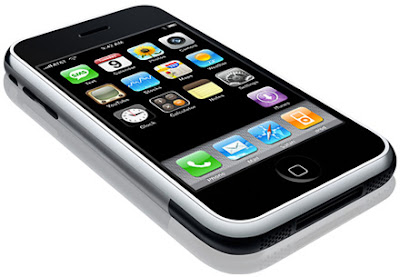 The Iphone is manufactured by a company called foxconn in Shenzhen, recently as of May 26th 9 people have killed themselves all workers at the Shenzhen plant with 40,000 employees.

SHENZHEN, China — Foxconn Technology Group showed off a motherboard factory, swimming pool and a hot line center for workers with emotional problems Wednesday as the giant company — maker of iPods and other popular gadgets — tried to repair an image damaged by a spate of employee suicides in China.

Hours later another male employee fell to his death from a building at the company's Shenzhen complex, the official Xinhua News Agency reported. The report said Foxconn confirmed the death, but it was not immediately clear if it was suicide.

The company's media shy chairman, Terry Gou, earlier in the day repeatedly apologized for the 10 confirmed suicides this year and told reporters the firm would do everything possible to prevent more deaths. Nets were put on buildings to stop people from jumping, and about 100 mental health counselors were being trained.

Riight you mean HRM staff who will sack any staff who complain?

"We need some time," he said. "But we are confident. We are extremely determined."

Gou said he has been having trouble sleeping at night because of the suicides, the latest one reported Tuesday when a 19-year-old man jumped from a building after working at the plant for about a month. The Foxconn head also said he dreads the sound of his own phone ringing after work hours because he's afraid it will be news of another death.

You fucking lying cunt what you mean is I am scared fucking shitless because I think Apple might get upset at employees dying.

The tour with six busloads of journalists went through the palm tree-lined streets of the sprawling factory complex in the southern city of Shenzhen, near Hong Kong. The walled-in industrial park employs 300,000 workers and looks more like a small city with fast-food restaurants, bakeries, Bank of China branches and towering dormitories for workers.

Yeah all with artificially inflated prices and internal currency meaning your workers are kept in eternal servitude to you.

Foxconn was trying to address allegations from labor groups that the workers were killing themselves because of hellish conditions in the factories, which churn out iPhones, Dell computers, Nokia mobile phones and many other big-selling electronics. Critics allege that Foxconn manages its plants with a strict military approach and workers must work too much overtime on assembly lines that move too fast.

If in the UK there TCG has experienced uber fast production lines then in a country with non existent employee rights then how fucking fast does the conveyor move?

Gou didn't take questions about such issues at a news conference, but he insisted the vast majority of workers were happy, and too much attention was being given to the troubled few.

"We want to make every worker have a happy life and work environment here," Gou said in a long, rambling speech that ended abruptly when he said he had to leave for a meeting.

Finding fresh statistics for suicides in China is difficult. The World Health Organization said that in 1999, China's suicide rate for men was 13 per 100,000 people, while the rate for women was 14.8.

Noting the figures, Dr. Hynek Pikhart, senior lecturer in epidemiology and public health at University College London, said, "The (Foxconn) rates are not probably too high or unexpectedly high."

Pikhart added, "I guess one of the reasons why these got the news they did is that maybe these are workplace suicides."

The factories making Apple products weren't part of the tour because Foxconn wanted to protect trade secrets. But the company showed off a plant with workers assembling motherboards for servers. As Gou's entourage walked through the factory, a large group of Foxconn staffers in white polo shirts fanned out and observed workers who talked to reporters.

"We're treated pretty well here," said one worker, who would only give her surname, Chen. "I think the suicides were caused by individual problems."

Soo if you are treated so well why do you hide your identity?

When asked if working conditions might have driven their colleagues to suicide, another worker, who only provided his surname, Zhang, just shrugged and said, "I don't know."

The tour included a large swimming pool near a massive cafeteria, where workers were lunching on rice, cabbage, tofu and beef with red peppers. One worker who was standing near the pool on her lunch break said she had never taken a dip.

At a counseling center in a commercial strip with eateries and a book store, a long row of young women in red shirts staffed hot lines.

Professor Stephen Palmer, director of the London Centre for Stress Management, said it was worrying all the suicides had been committed the same way — by jumping off buildings.

"Once a method becomes popular, it becomes more acceptable to other people," he said. "People who read about suicides and hear about it among people they know can be more susceptible to trying to kill themselves. ... It gives them a sort of permission to kill themselves."

He also said it was problematic that many Foxconn staffers were migrant workers. "If you're working very long hours and are away from your family, that is definitely an issue," he said.

There were numerous reports on TVB Television interviewing workers that it is such a great firm to work for and that they are treated absolutely fairly..... Except they wouldn't say that wouldn't they? Open face on the camera you aren't going to call your boss a fucking cunt are you? You'd get fired so quickly and blackballed such staff interviews are pointless.

Some footnotes, truck acts in China are NOT illegal a truck act essentially is where you get paid in company money which is a subset of normal currency not RMB but vouchers that can only be used in the company shop which has artificially inflated prices and also accommodation vouchers which again surprise surprise can only be used at the company dormitories.

TCG has never bought into the fashionable i range of phones computers or whatever shit apple pumps out, and tbh I urge you to do the same and shun such companies.


In Japan you have something called Karoshi death by overwork where people literally die at their posts from overwork, I think we need to invent a new word for this phenomenon in China. Again more evidence pointing to China's eventual disintegration as the grass roots are getting mighty pissed off at the way they have been exploited and sooner or later they will crack.