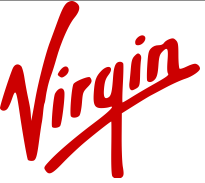 Virginity in women is highly valued in China (as well as various other cultures around the world). This has led many women to have to risk being looked down upon or even loosing a marriage partner if they want to have sex freely when they want. Until now. Japanese companies are actually trying to sell artificial hymens. The hymen is a thin membrane inside the vagina that is broken by penetration and has always been the most noticeable indicator of a woman's virginity (even though it may be broken by other means such as strenuous exercise). These fake hymens are made of Carboxymethyl cellulose and are designed to stick into place with surgical glue. Although the makers claim no side effects, gynecologists say they could lead to infections. Still, millions of women pay almost US$10 for these over-the-counter patches. Even so, the makers recommend faking being in some pain in order to be more convincing.

Those who want to take it a step further can have hymen restoration surgery, in which the natural hymen is reconstructed. I have no idea how they do this but some believe its worth the $1000 price tag.