They still haven't got the hang of English yet

added by The Chinese guy
For all the ESL teachers who go to China. No offence some of them are good, however the majority are absolutely shit. TCG has met loads of ESL teachers with fake degrees or that they were hired primarily due to their skin colour.

There is also a phenomenon of fake CEOs as here TGC having worked in finance is sometimes employed to talk to these people and flush them out. TCG as said is THE perfect Chameleon in Asia. Ok I am not the crying freeman But I blend in everywhere and can pretend to be almost one of any nationality found in Far Eastern Asia. I.e my prior finance training and qualifications allows me to flush these people out incredibly easily as they use buzz words constantly which sound impressive. And because they are successful nobody dares to challenge him.

More than once TCG as favors has been asked to sit in on presentations and ask intruding questions to such fakes.

Anyway what was I on about...

I'm sorry. What the fuck? No seriously a Pearl Necklace?

The glorious culmination of tit-fucking, in which you blow your nuts out all over a girl's tits, shoulders, neck, and, with any luck, chin. one of the highest expressions of love and affection bestowable upon a woman by a man.
Dashing Gent: Hey, I bet you'd look good in a "pearl necklace."

Big-Titted Dreamboat: Why, yes, I supposed you're right. Why don't you come on over to my place and baste my torpedo tits and elegant neck with your steaming hot man goo?

I can just imagine a CCP official being bull shitted by the architect. Ah a pearl necklace? You mean like this? 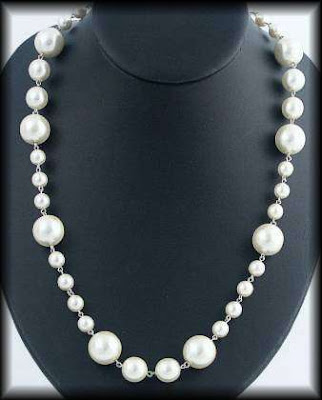 Oh I gave my wife a pearl necklace for her birthday!

Cue sniggering of the architects uncontrollably.


*note the SOBs changed it to Pearl River Necklace while I was typing this up, still has the same connotations though.