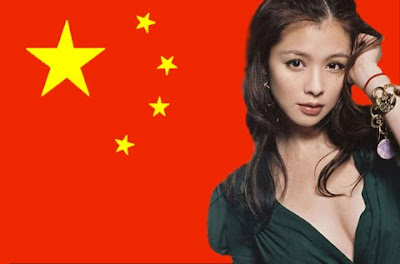 I'm a fan of your blog, and at first I was going to simply ask you how can I (a black guy living in the US) get a Chinese GF, but that question led me to a broader line of thought and a more general question. Do you think China (and Chinese Americans) will go through a similar cultural experience to that of whites in the US? In other words, if you look at the US, 100 years ago Irish hated Italian, French hated German ( i think), Protestant hated Catholic, EVERYONE hated Jews (and blacks), etc.

So here's my basic questions

1- Do you think Chinese women will attempt to stage a backlash against the current dating/mating status quo that they are expected to live by (like white women did with feminism)?

2- Do Chinese women even DESIRE to do this???

As of late, in the US "whiteness" seems to come first, and I'm sure behind closed doors the animosity I mentioned above among whites still exists to some degree (many people still very much dislike Jewish people, and I'm sure there are running jokes among Catholic families against Prostestants, etc), but I don't think it's the same now among whites as 100 years ago. I'm sure an Italian family would welcome the marriage of their son or daughter to an Irish woman, or someone with various "white" background without much upset (and even that somewhat proves itself in that Italians were not considered "white" back then, but now they are due to assimilation).

So what I'm saying is, currently it seems that tradition, race, heritage, and to some degree pride is what determines Chinese mating habits, and not just China but it seems this way in basically every other country as well (I guess the less racially diverse, the more it is this way). American dating choices among whites (and I really mean women here bc men will screw anything) seem to have been affected by many different things (feminism?), and now a white woman can marry a black guy like me, wheras only 60 years ago or less I would be attacked and maybe killed just for cat calling her.(???)


From TBBG (the big black guy)

Erm I think it already happened. In the 1970s it was a soundbite. Women hold up half the sky it said But in big cities in China and all overseas born Chinese women (though these really don't count as they absorb and are given values of the society they are born in) Have been pretty much liberated.

Overseas born Chinese men and women are between two worlds whereby their parents raised in China have values pressed onto them from China. People like me my dad constantly presses his values down on me while I sometimes listen them to save HIS face. While ignoring some others. Once these people have children be they mixed race Chinese (who will be treated like outcasts in China btw still in this day and age) the traditional values of China will be bred out.

Kai one of my friends is a good example, heh he even fell into a typical British role getting his 15 year old girlfriend pregnant his son and daughter are 14. Even though his wife pushes them onto his parents for some babysitting now and again. These children are completely westernised and encompass British values completely. They do not identify with their Chinese heritage, this maybe in part that they don't look Chinese though which often plays a part in self identification.

Anyhow the idea of stay home make babies or do the house work is an anachronism. Traditional roles have changed vastly. There is a huge labour shortage in China anyway, get the women to work and you double your work force.

What is telling that I'm not sure if traditional values exist anymore from my narrow view of the world. Premarial sex is normal these days so is swinging as mentioned in older posts.

I think something telling is that Immigrant Chinese women who marry poor fat ugly saps. You know the kind who get mail order brides who are 350lb nerds. No offence but you know they married you for your passport right? Alice a girl I know is married to Neil or is it Dave. She married him for his passport to get the fuck out of dodge.

Such immigrants although raised in Mainland China most certainly do not conform to the stereotypes or gender roles that are assigned to them. Alice doesn't even know how to cook I had to teach her. And even though she was raised in a piss poor village South of Hangzhao she does not fit into the archetype of a Chinese woman. She goes out all the time gets more pricks than a heroin addict with collasped veins. I've seen more than a few Alice types in the UK recently. Though of course this is a

Therefore with women raised today the roles people attempt to assign to them are archaic and dismissed.

This isn't universal though of course as there are of course exceptions maybe on a wealth background sort of divide. There are two examples I know if:

The expectations which women are um, expected to live under are like Catholics in Italy. They listen politely to the pope and do whatever they fancy. They will portray a good girl image back home to the parents and do whatever they want pretty much. In small villages etc, quite often they will pull the SON out of school to help pay for the daughter's education, not the son. Women are becoming pretty powerful in China toda with the 57% male babies ratio this can only continue. Hong Kong is funny too as women pay for dates sometimes TCG has learnt to live with this and sit back and enjoy the free lunches. Some of them have even taken me home, never would have happened 10 years ago. Though 10 years ago I was a spotty nerdy kid which may explain the reason.

Simon was pretty shocked in China recently, he thought it was all traditional hold hands get married kiss by the 10th date. He was incredibly surprised when his GF asked him to up for coffee and he ended up in the sack with her. Hell you go north of the bell tower in Beijing and the girls there are all so easy to get.

The question of want is difficult to answer.

Clearly the examples of the women I have seen do enjoy their freedom to do whatever they want to do. As a side effect I have noticed though HK men are incredibly emasculated there was even a TVB series about differences between men and women no youtube link as it has been removed. To 'train' men to date in HK they had to heavily gender engineer so the women were less agressive about things. Heh you see this in HK far too often men carrying handbags (though manpurses are gaining popularity in China) of their girlfriends and do anything they say.

This of course allows TCG to clean up nicely due to their emasculation.

However there might be a backlash against this sort of thinking. As in the UK femenism has become a dirty word (here) With labels such as femenazi being applied sometimes. And many femenists realised they have been suckered into things, 30 years ago homes could be run with one salary, now they NEED two and instead of the things fememists wanted that is the CHOICE and the opportunity to go out or stay home they are now coerced into working. I do not know US demographics but in the UK stay at home mums are much less prevailant than previously.

Also as a side effect in places like HK where the men have low standards where: 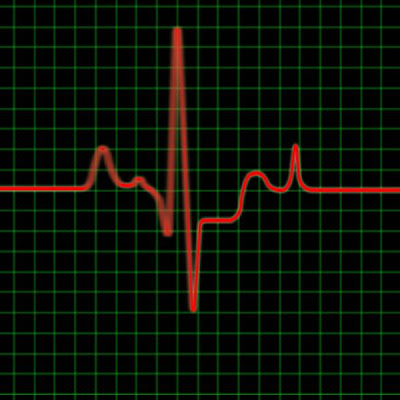 was the only required standard for women.

However today many women who seem to have it all. Education, careers, their own homes etc are lonely because of their demands many HK men simply don't want them anymore. As outlined by this article. But the genie is out of the box and it can't really be put back in anymore. And the women seek husbands on Mainland China too, much like the men seek wives from north o the border. Though this is problematic due to the PRC sealing up the hole about spouses being allowed to live in HK, SZ is of course only a 20 minute train ride away.


Though this may go someway to explain the incredible surge of lesbians I see in Hong Kong, I didn't notice it before or maybe it is a fashion thing, but you always see a really butch one on the arm of a super femme one in HK.

This is my view of course and I could always be wrong, it is just what I've seen as well as others.


Got a burning question? Ask the.chinese.fellow@googlemail.com