Why is Mao so respected in China? I recently went to Beijing and almost everyday there are long queues to see his preserved corpse.


Hey what man wouldn't envy Mao? He was in essence a champagne socialist. I.e. while the people were starving and sent to die in Korea Mao lived like the old emperors did. He would spend all day having sex with as many women as possible. He had so many notches on his bedpost when his bed was like a tooth pick. The rest of the time he would spend drinking and smoking and living the high life.

As he got older he put Hugh Hefner to shame and would shag 4-6 women AT THE SAME TIME. (cite here).

"Arabia for the Arabs," said TE Lawrence in the film Lawrence of Arabia.

Mao did the same thing and said China for the Chinese, which at the time was something which was exploited and used ruthlessly. Though he did have a point because China was humiliated by the three unequal treaties which carved China up into fiefdoms. He exploited the anti Japanese and foriegn sentiment and claimed much of the credit himself. As well as the force of arms.

And the rest is history, granted I could tell you in uber depth as to many of the reasons but it would take me a life time to tell you. You may find this book interesting however this book is unfortunately biased as much of Jung Chiang's virtrol and bile for Mao (who directly suffered as a result of his policies and actions) has made the book a rather long rant.

Though she is right he was a monster. 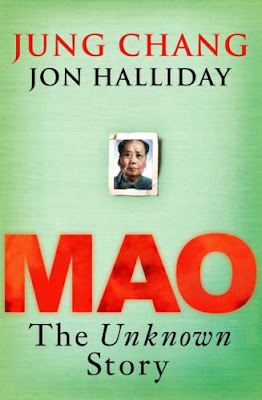 The bizarre thing is he was a monster yes, but much like the Italians said with Mussolini about at least he got the trains running on time. Really he did start the Catalyst for Change in China the process of which was changed by his buddy Deng Xiao Ping. Much like Stalin, he killed 10000000s of people but changed Russia (for a while anyway) from a nation without a pot to piss in to a massively industrialised society in a couple of decades.

Without him not forgetting all the people who died, China might still be a piss poor nation without a pot to piss in and carved up by imperialists. As a few people believe Hong Kong would never have been given back had China not risen in the past 20 years to its current status. In this world MIGHT appears to be RIGHT.

The way the US and UK stole Diego Garcia is a prime example.